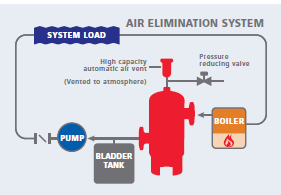 Choosing to use a Bell & Gossett ASME bladder style expansion tank, ASME diaphragm style tank, or ASME standard compression tank in your hydronic system will depend on several factors. Today we look at the pre-charged bladder and diaphragm expansion tank commonly used today and referred to as an “Air Elimination System.”

This article includes both written word and video. Todd Dopkowski, one of our sales representatives, provided a short video on the subject of expansion tanks.

Which Expansion Tank Styles Should I Use?

There are many choices of Bell & Gossett expansion tanks available. Why would I use one type or another?

The B&G HFT tank is a non-code small diaphragm tank with a maximum of 100 PSIG working pressure. This tank is used where ASME is not required and the system is a lower system volume. An example is a residential system.

The “B” style tank is an ASME replaceable bladder tank with the acceptance volume able to expand to the full tank volume. This is the recommended tank for use in larger commercial and institutional systems.

The “B-LA” tank looks the same as the “B” tank, but the bladder cannot expand to the full tank volume. The bladder is replaceable. This tank has a lower first cost than the “B” tank. The issue here, in my opinion, is when we lose the air charge. The bladder is limited and cannot expand to the tank volume. When the air charge is lost, the bladder is stretched to the maximum with nothing to keep it from trying to stretch more. This could result in failure. If the lower first cost is a driving factor, you may want to consider the lower priced diaphragm tank. 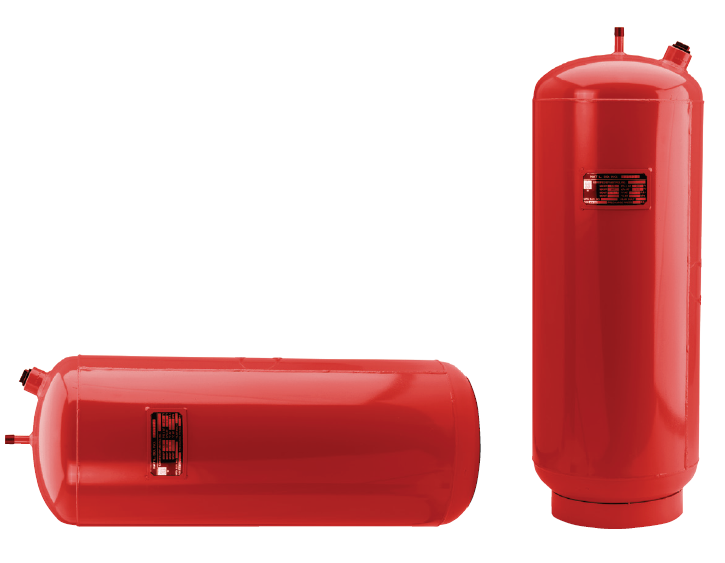 The “D” style tank is an ASME diaphragm tank. The cost is significantly lower than a “B” or “B-LA” tank. The diaphragm is not replaceable so you must make sure the tank can be removed if it needs to be replaced. This tank is a great option when you find your selection is one of the smaller tanks. This tank may be physically smaller than the “B” choice and at a lower price point. 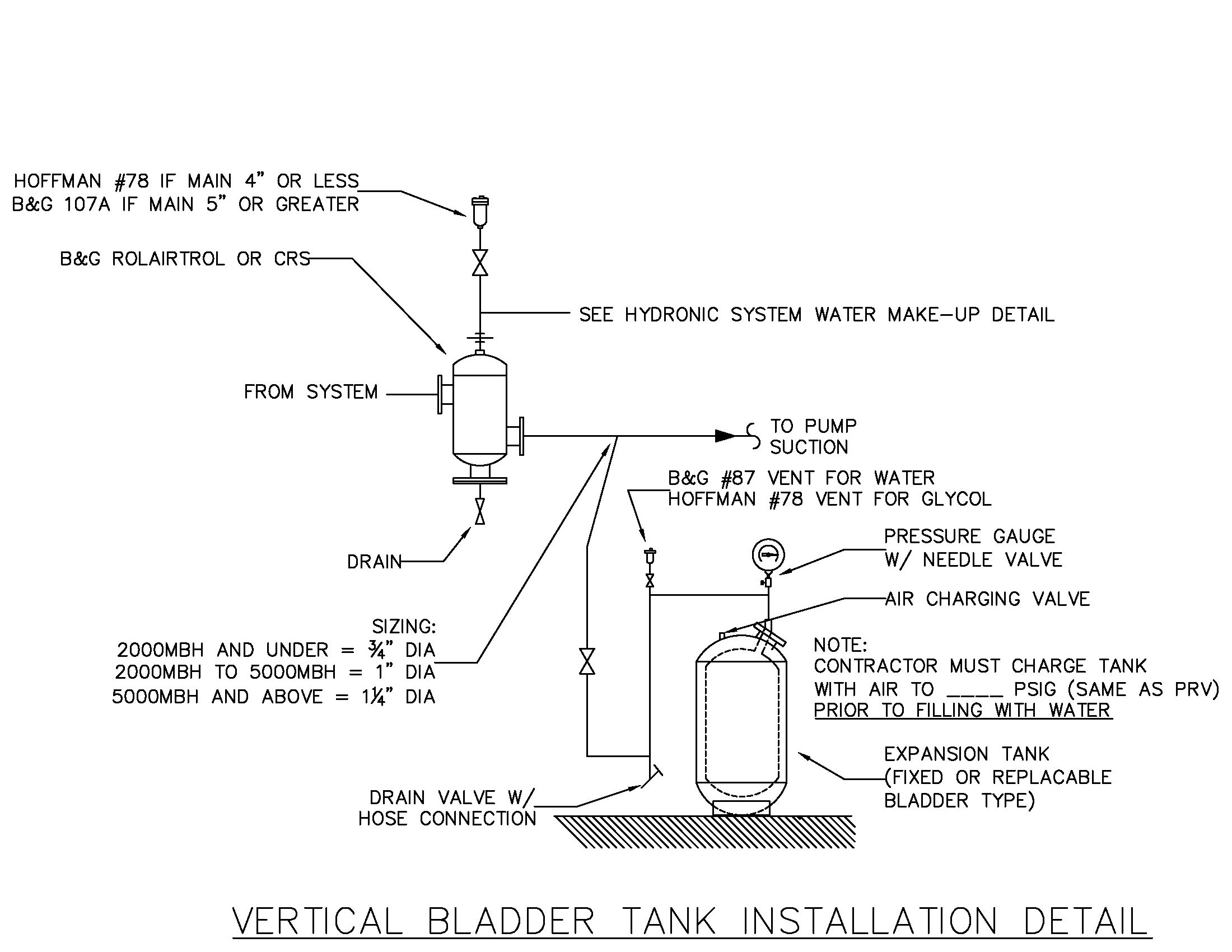 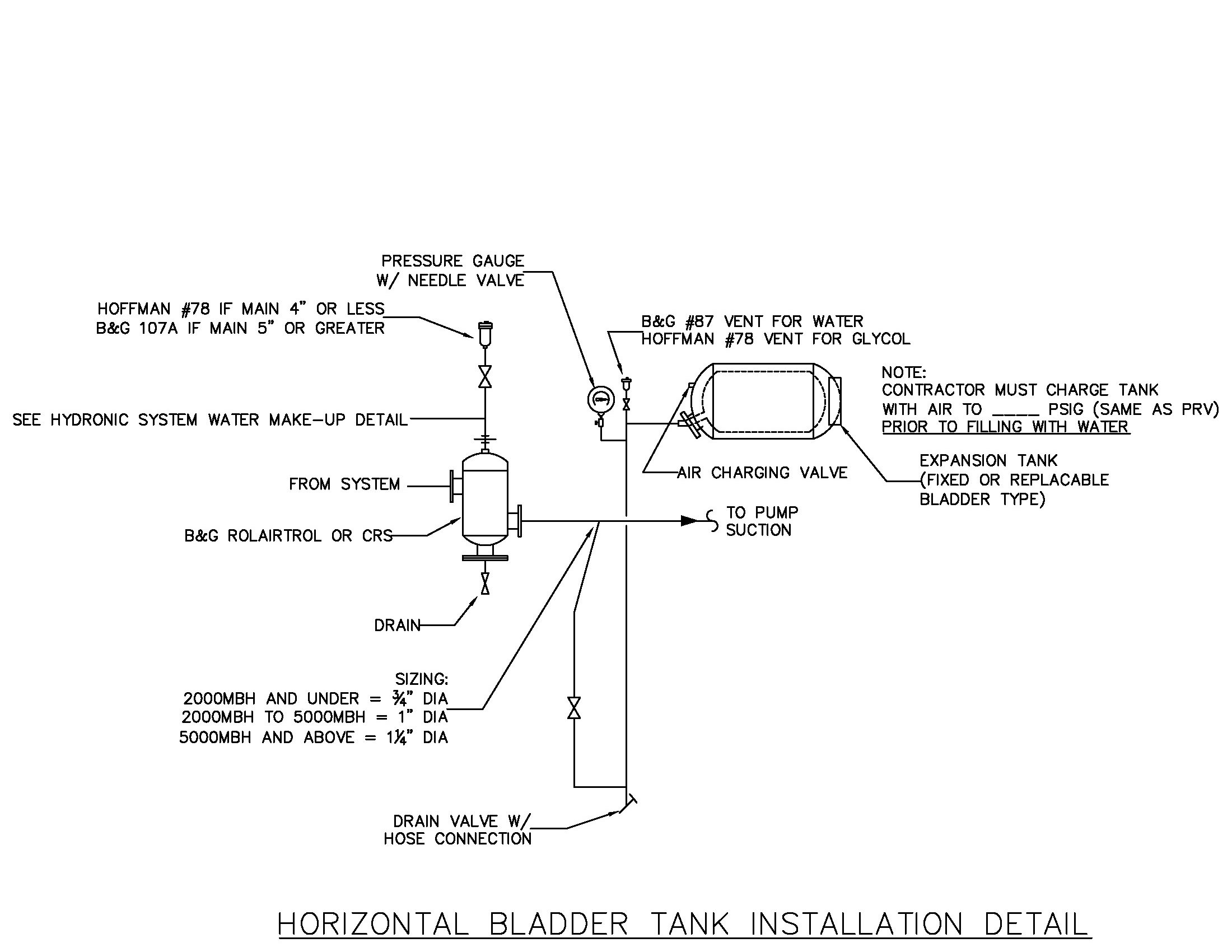 What is an Air Elimination System?

When using a bladder or diaphragm tank, we refer to it as an air elimination system. There is an air vent on top of the air separator and we use active automatic air vents in the system. When using a compression tank we refer to the system as an air control system.

The air control system has air in the system. It is in the compression tank. We do not use a main automatic vent off the Rolaritrol. We may have automatic air vents in the system for startup, but we close the shutoff valve to the air vents once the air is out of the system.

The key points in the installation of an expansion tank are simple:

Next week, the R. L. Deppmann Monday Morning Minutes will complete this series with a few examples of how to use the Bell & Gossett ESP-Systemwize program for tank selections.

Check out the rest of the Expansion and Compression Tanks in Hydronic Systems Series: