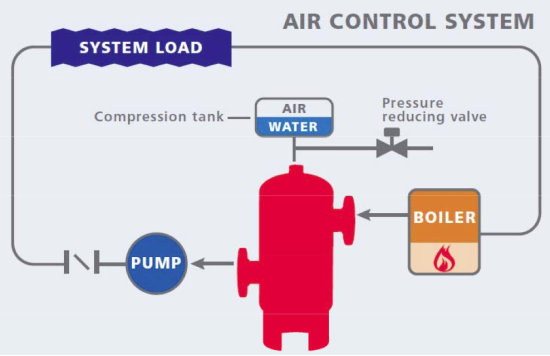 Kyle Wefing, one of our sales representatives, provided a short video on the subject of compression tanks.

Oftentimes the terms are used interchangeably, so you must clarify when someone says “compression tank.” Several decades ago the compression tank was the only game in town for commercial systems using ASME construction.

Compression tanks have no bladder or diaphragm in them. They contain nothing but air. When you fill the hydronic system, the water enters the tank and “compresses” the air. One advantage of applying this tank style is that there are no moving parts to fail or replace.

What is an Air Control System?

The air control system has air in the system. It is in the compression tank. We do not use a main automatic vent off the Rolaritrol. We may have automatic air vents in the system for startup but we close the shutoff valve to the air vents once the air is out of the system. 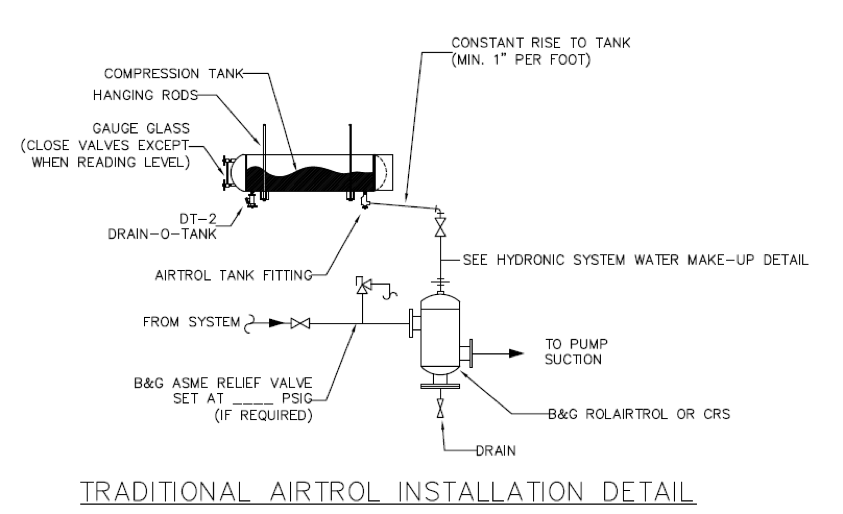 When Should I Use an Air Control System?

There is a startup procedure to properly set the tank level. For this reason, if the system will be opened regularly, you may want to stay with a pre-charged expansion tank.

The key points in the installation of a compression tank are simple:

Next week, the R. L. Deppmann Monday Morning Minutes will continue with a look at the air elimination system.

Check out the rest of the Expansion and Compression Tanks in Hydronic Systems Series: