One challenge to selecting a steam condensate return unit is the return temperature of the condensate after leaving the steam heat exchanger. This week’s R. L. Deppmann Monday Morning Minutes (MMM) offers some suggestions to assist the engineer or designer.

Most condensate return units are vented. At 0 PSIG gauge pressure, water entering a receiver over 212°F will have some percentage flash into steam. This flashing could cause damage to the condensate receiver. A vented receiver will therefore have a maximum temperature of 212°F. Two possible concerns with this temperature is the pump seal temperature limitations and NPSH or net positive suction head. 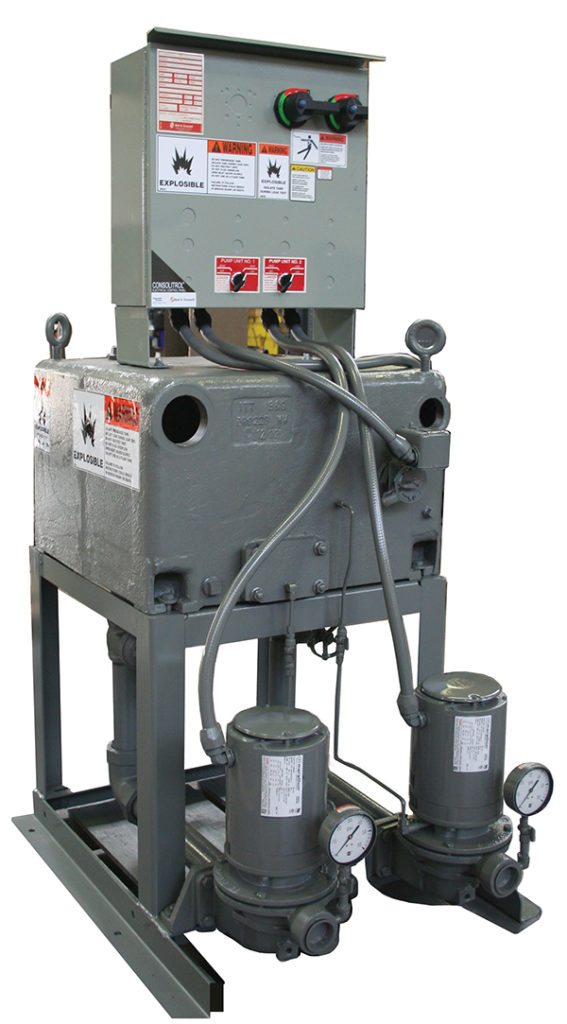 Pump seal limitations for condensate pumps such as the Domestic CC, CB, and CBE style units rated for 250°F. Since the receiver is vented, there is no concern about seal temperature for these Domestic models. The second concern is the pressure available at the pump suction to keep this high temperature water from flashing into steam. In general, the condensate pumps must have a low NPSHR (net positive suction head required) to handle the low pressure higher temperature condensate.

We recommend you read the Bell and Gossett article about NPSH and pump seals for more details at http://bellgossett.com/2016/05/18/need-high-temperature-seal-condensate-pump/

When the condensate from the heat exchanger passes through the Float and Thermostatic (F&T) trap to a vented dry condensate return we know a percentage will flash to steam. This was mentioned in a previous MMM article. The dry return pipe was filled with air prior to the steam trap opening. Once the trap opens there is a mixture of condensate, flash steam, and air. The fact that there is a percentage of air mixing with the flash steam will result in a significant drop in temperature. There is also a BTUH loss through the pipe to atmosphere. Both of these act to reduce the water temperature before it enters the condensate unit. 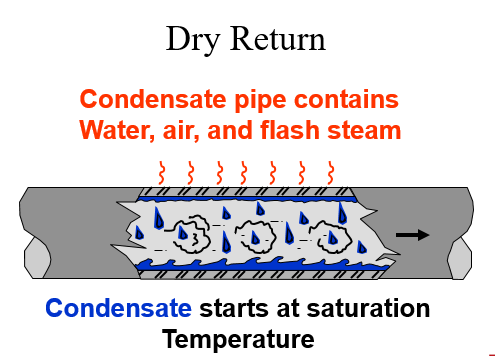 The exact pump type required for the project may require specific information about the system however as a general rule here are some suggestions.

Obviously steam traps must be in good working condition and not leaking steam into the condensate system. In all cases, remember if the condensate lifts into the receiver it must not lift above the heat exchanger steam trap.