In shell and tube heat exchangers, as with other heat transfer devices, turbulent flow (b) is constantly mixing the water in the tubes, so that all of the droplets of water have the chance to contact the hot tube wall. As the velocity drops, the flow pattern will change to laminar flow (a). In laminar flow, the flow pattern straightens out and some of the water on the inside of the tube does not contact the tube wall and therefore remains cooler. In other words, in laminar flow, there is less heat transfer. 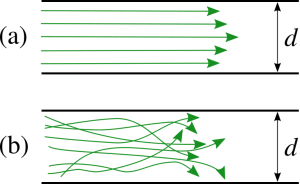 (a) Laminar flow (b) Turbulent flow

The concern is that the temperature control valve will start opening more, then overshoot, then close, then open. It will act more like an on-off valve than a modulating valve. Is this really a concern we need to worry about?

Water is a great heat transfer fluid. In the world of hydronic heating fluid mechanics at lower velocities, the Reymolds number (Re) remains high enough and the Prandtl number (Pr) remains low enough that low velocity is not an issue. In most heating applications, the flow rate has to drop down to below 5% of the design before there is an issue. 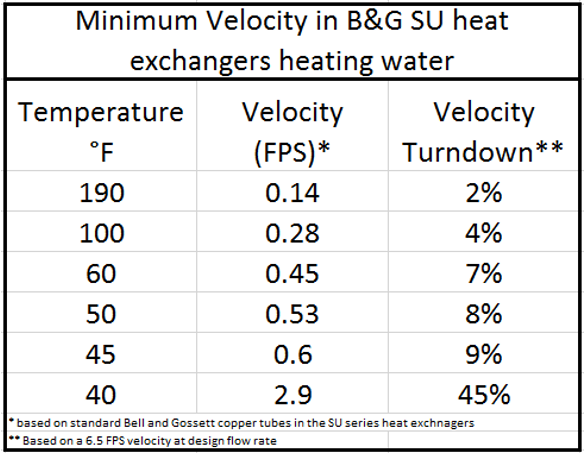 But the story changes when using glycols as the heat transfer fluid.