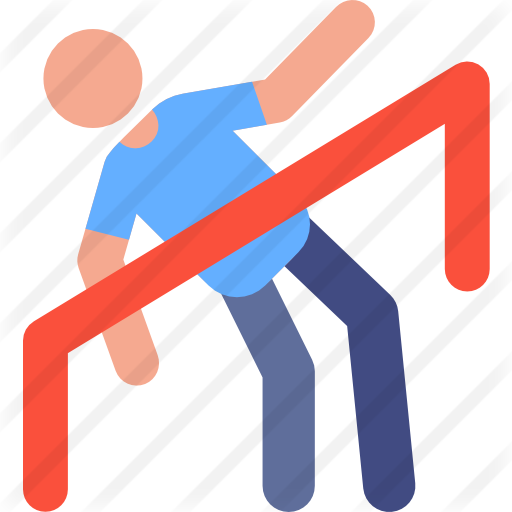 I’m in the middle of the series of blogs on parallel pumping. We can’t ignore the efficiency of variable frequency drives and motors when looking at the cost and savings of variable speed pumping applications. The title of this blog might be re-written to “How low SHOULD you go.”

Many programs that select pumps and indicate the cost of operation tend to concentrate on the pump and ignore the drop in drive and motor efficiency. Let’s look at that efficiency.

Motor Efficiency as a Function of Percent Speed and Load

What happens as the load drops and the speed follows. The Bell & Gossett pumps we supply will often use any number of the major brands of motors. Each supplier has slight differences in efficiencies at full and reduced loads. I’ll use a fact sheet and figures 1 and 2 from the U.S. Department of Energy, “Determining Electric Motor Load and Efficiency” as a baseline for this blog. You may read the article for all the detail, but I want to address two graphs from it. 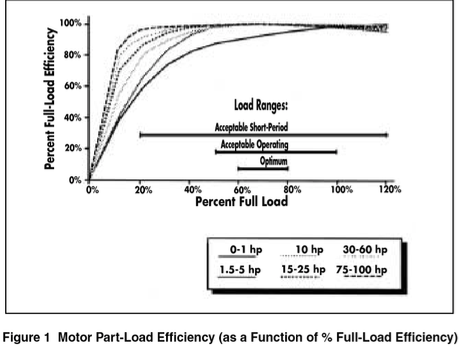 Here we see that, in general, the efficiency drops significantly below 25-30% of the load. The 95% efficient full load motor may only be 50% at less than 20% load. This will play havoc with our cost savings at very low loads. 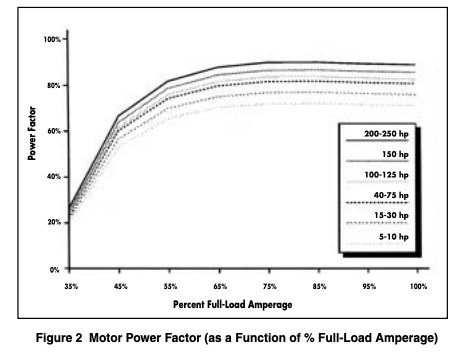 VFD Efficiency as a Function of Percent Speed and Load

Variable frequency drives have very high efficiencies at full speed and load. This efficiency drops as the speed drops. R. L. Deppmann represents Danfoss drives in Eastern Michigan and Bell & Gossett drives in most of Michigan and Northern Ohio. Both of those manufacturers can beat the average efficiencies you may specify. We would be honored to receive a request to explain to you just how much better these products are. Meanwhile, to represent the average VFD, I’ll again turn to the U.S. Department of Energy “Motor Tip Sheet #11”  and look at table 1. 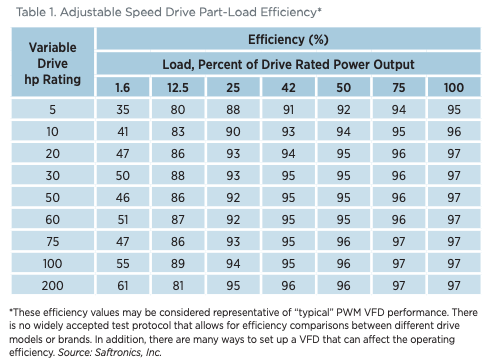 Look at this sheet. We know from the third pump affinity law that horsepower varies as the cube of flow. At ½ of the flow rate, the horsepower is 1/8 of the full load. This is not exact because of the minimum control head but it is close enough for this discussion. So, if a pump is operating at full load and flow at 100% speed, at 50% load, it is around 12.5%. This assumes there was no over heading or future capacity built-in which would reduce the full load speed right from the start.

Assume a pump is designed for 1000 GPM at 150 feet of head and has a control head of 10 PSIG or 23 feet. If I use the Bell & Gossett eSP-Systemwize pump selection program, I get a curve like this:

The minimum speed based on the control head is 600 RPM. The motor is rated 1750 RPM. Doing the math, the horsepower will be 4.2% of the brake horsepower.

I do understand that this efficiency is applied to a much smaller horsepower. Given that, there are times when parallel pumping may help make a big difference in the electrical bill. That will be the subject of the next R. L. Deppmann Monday Morning Minutes: Parallel Pumping and Cost.

Article 1: What is parallel pumping and why do it?