Don’t lift the condensate out of a steam heat exchanger or coil with a modulating control valve. Over the last several weeks in the R L Deppmann Monday Morning Minutes (MMM) articles, I have repeated this over and over. Once again, a voice in the wilderness has cried out, what about bucket traps? Why are they called “lifting’ traps? 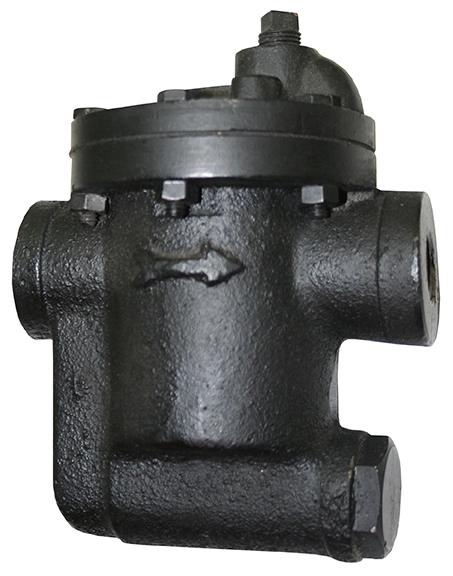 You may hear that bucket traps or inverted bucket traps, similar to the Hoffman “B” series shown above, are “lifting” traps. The pressure available to “lift” is the same for all traps. It is the inlet pressure to the trap minus the pressure differential across the trap. Steam traps, whether inverted bucket style or float and thermostatic, do not lift condensate. It is pressure that lifts condensate. There is no motive source in a normal steam trap. 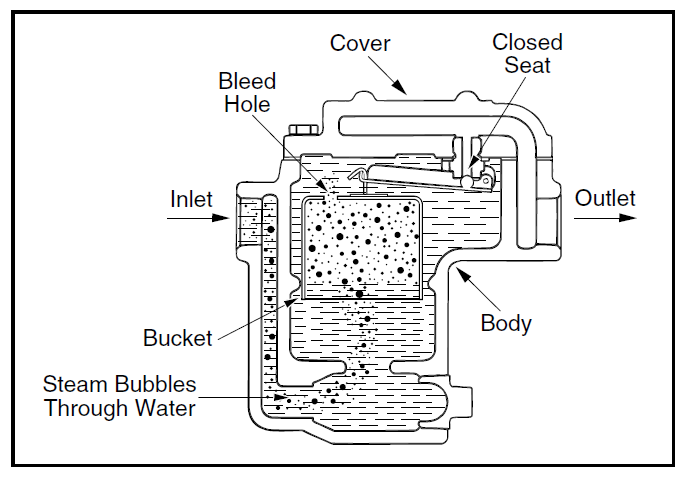 The reason inverted bucket traps are referred to as lifting traps is because they are less prone, not immune, to damage caused by steam hammer. Assume we have a coil without a modulating valve and 15 PSIG steam available after the on-off control valve. There is sufficient pressure in the heat exchanger to overcome the trap pressure drop and some lift to an overhead gravity return main. The concern in this case is over hammer. The condensate at the trap is at about 15 PSIG and 250°F. As the condensate rises in the discharge pipe, the pressure drops. At some point, the pressure is not great enough to keep the condensate in a liquid state and it flashes into steam. The volume change from water to gas is huge and there may be hammer in the discharge pipe. The hammer could collapse the ball in the F&T trap. The open bucket in an inverted bucket trap can rattle but the bucket does not collapse. This is why the bucket type trap is often referred to as a lifting trap.

In general, regardless of pressure, when using steam modulating control valves with heat exchangers, avoid lifting out of the steam trap.