Some systems have deaerator boiler feed systems, and some have vented boiler feed systems. What is the difference between them? When should I use one over the other? Are there system design considerations depending on my choice? These questions will be answered in today’s R. L. Deppmann Monday Morning Minutes.

The choice of boiler feedwater system depends on a few factors which I will summarize at the end of this blog. The key difference is all about oxygen and carbon-dioxide. 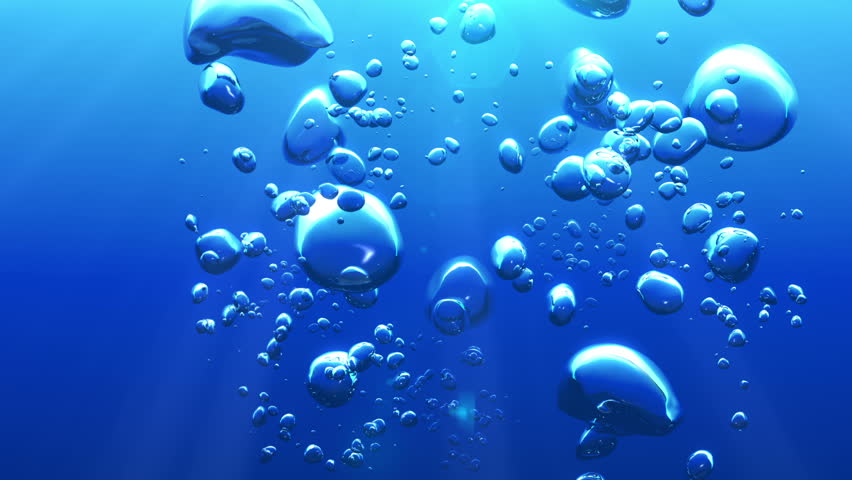 Air is an enemy of the steel tubes in steam boilers. Water contains oxygen and carbon dioxide in solution. When water is heated, those gases are released. In other words, water contains less air at 210⁰F then at 160⁰F.

Why are Oxygen and Carbon-Dioxide a Problem in Boilers?

Let me state the obvious. Air released in a steam boiler is a problem. Bryan Boilers summarizes the issues very well. Air inhibits heat transfer. Oxygen is corrosive to the boiler. Cooler feedwater will drop the steam pressure while the boiler heats the water. It is a good idea to remove as much as we reasonably can. The word, reasonably, means first cost and design complexity.

In a vented boiler feed unit, we can add a pre-heater assembly that will raise the temperature from, for example, 160⁰F to close to 212⁰F. This reduces the number of degrees the boiler must heat the return water. The optional steam injection tube and control valve is pre-piped as a standard option on Bell & Gossett Domestic elevated horizontal steel boiler feed units. 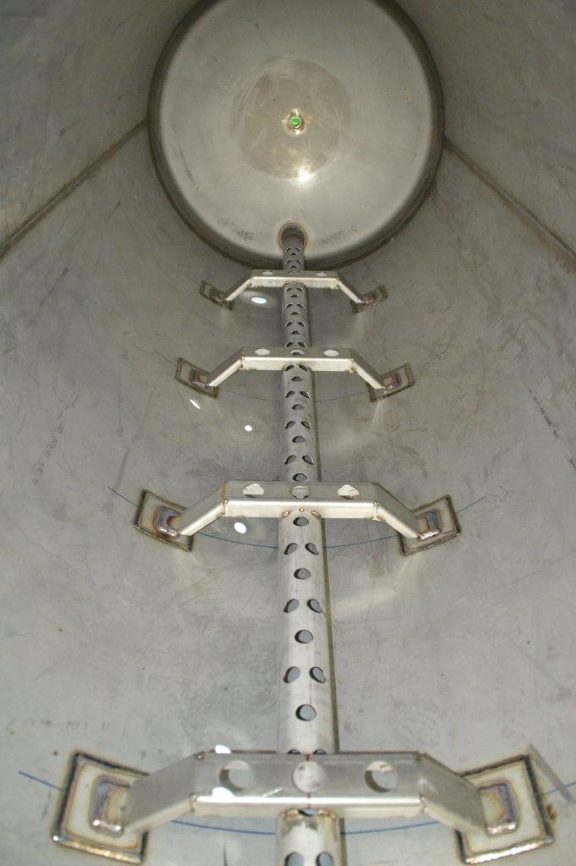 This type of assembly, with proper condensate return inlets, may be called a 0.03 cc/liter deaerator since the pre-heater will deaerate the water down to 0.03 cc of air per liter of water.

I would recommend a steam pre-heater sparge tube and control on all vented steel boiler feed units for low-pressure steam systems in schools and health care.

The water temperature in a vented boiler feed unit is limited to just under 212⁰F. To release even more air, we need to exceed that temperature. Higher temperature deaerators are pressurized to accomplish this. The water is heated up to 235⁰F or more. The pressure in the tank goes up and the unit now has an ASME label and pressure relief valve instead of a vent. These types of deaerators may remove gases down to 0.005 cc/liter of oxygen and unmeasurable amounts of CO2.

Here are three examples of these units from Bryan Boiler:

These are tank or spray type units. There may be a significant increase in cost for deaerators over vented boiler feed units. In addition, there may be an additional condensate unit required for low-pressure returns and drips.

The engineer should be mindful of the issues a pressurized deaerator may create. You may have pumped returns coming back to the boiler room. You may also have drips from high-pressure lines and drips from low-pressure lines. It becomes very difficult or impossible to drip some low-pressure returns into a boiler feed unit under pressure. Even when we can, remember that the receiver may be at 235⁰F or more. The possibility of flashing condensate in return lines may be a real issue.

The surge tank will receive the condensate and provide the storage required for the lag time of the steam plant. The makeup water will be added in this tank. The pumps for this tank will turn on from a call for water in the deaerator. It can be multiple pumps and can even be variable speed.

This tank and pumps are incorporated frequently in steam heating boiler systems. It is an additional cost that must be considered when choosing this boiler feed system.

When to Use a Pressurized vs a Vented Boiler Feed System

Each system has factors that may cause the engineer to swerve left or right. In Michigan and Northern Ohio, you have the advantage of the R. L. Deppmann engineers to assist you in making a better decision. Outside of that territory, I suggest contacting your Bell & Gossett Domestic pump or Bryan or Burnham boiler reps for assistance. 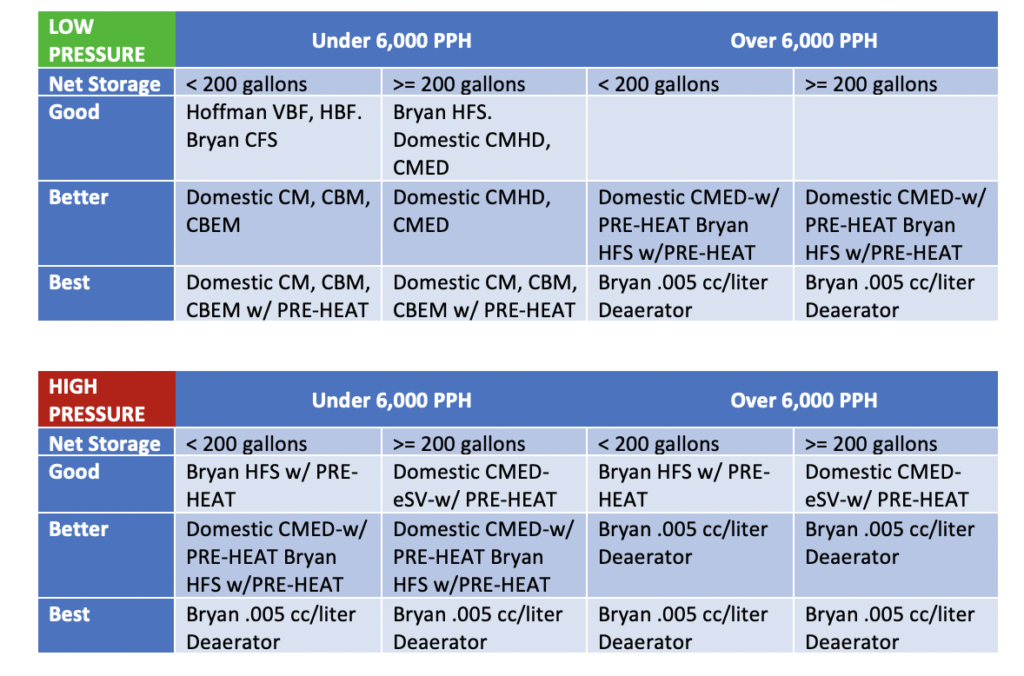 In the next R.L. Deppmann Monday Morning Minutes you will find the boiler feed pump control options most useful for your client.