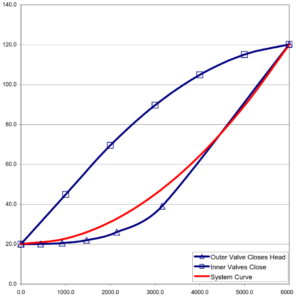 With “curve control” or sensorless pump control, the pump controller has a built-in algorithm or program in the drive to follow the system curve. This is the red line in the representation above. This works fine if there is very little diversity in the system. Let’s examine what happens when diversity exists.

What Does ASHRAE Write About Variable Speed Pumps and Diversity?

The 2016 ASHRAE handbook on HVAC Systems and Equipment has a chapter 13 on hydronic systems. There is a figure 13 which shows a control curve along with two different curves. If you look at the representation above it is clear why ASHRAE refers to this as a control area.

In the July 9, 2018, R. L. Deppmann Monday Morning Minutes, I showed that systems with little diversity will tend to follow the control curve closely. The figure 13 shown above shows when the control valves are not all opening and closing by the same percentage, the operation is not on a single control curve but an infinite number of curves which collectively make a control area.

ASHRAE’s page 13.9 makes a strong statement. “The importance of these two boundaries is that, for any given system flow, there are an infinite number of system heads that may be required…”1

Simply put, if we try to follow a single curve in a system with diversity, we will miss the required flow rate and miss the level of comfort the owner expects. Let’s review the High School example previously used in this blog.

Example System with Diversity and Control Area vs. Control Curve.

EXAMPLE: Fictional High School in Grand Rapids, Michigan. Total chilled water capacity of 1000 GPM. Primary variable pumping system. The pumping system has one operating variable speed pump with a 100% standby. The capacity of the pump is 1000 GPM at 80 feet at design. 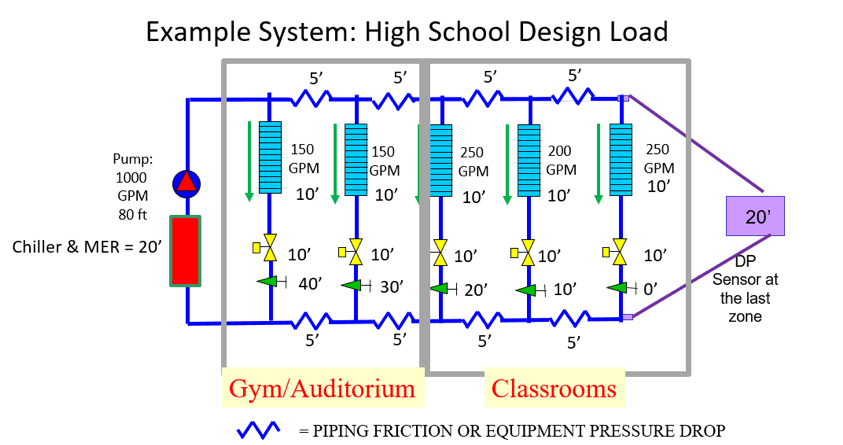 ASHRAE warns us about diversity but let us look at the numbers in this example. Let’s assume it is a hot spring day and the sun is in the west two last zones. I’ll use an extreme example to show the ASHRAE control area. 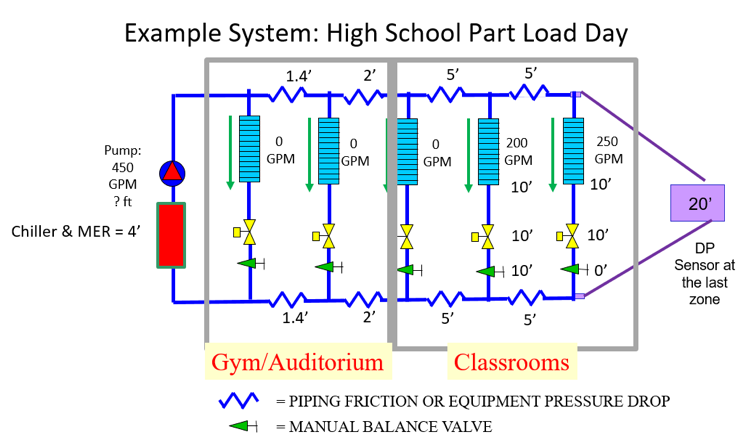 If we do the math, the pump head required for this example is 50.8 feet. With curve control, the controller will attempt to operate at 32 feet with a 20’ control head. The DP sensor or area control will operate at the required head of 50.8 feet because it has a feedback loop which reacts to the piping friction losses.

The nighttime load may be a different story. Assume the commons area or the two closest zones to the pump and operating. We will assume that although the students in this district may be brilliant, they are not in the classrooms at night. This extreme part-load design at night could look like this: 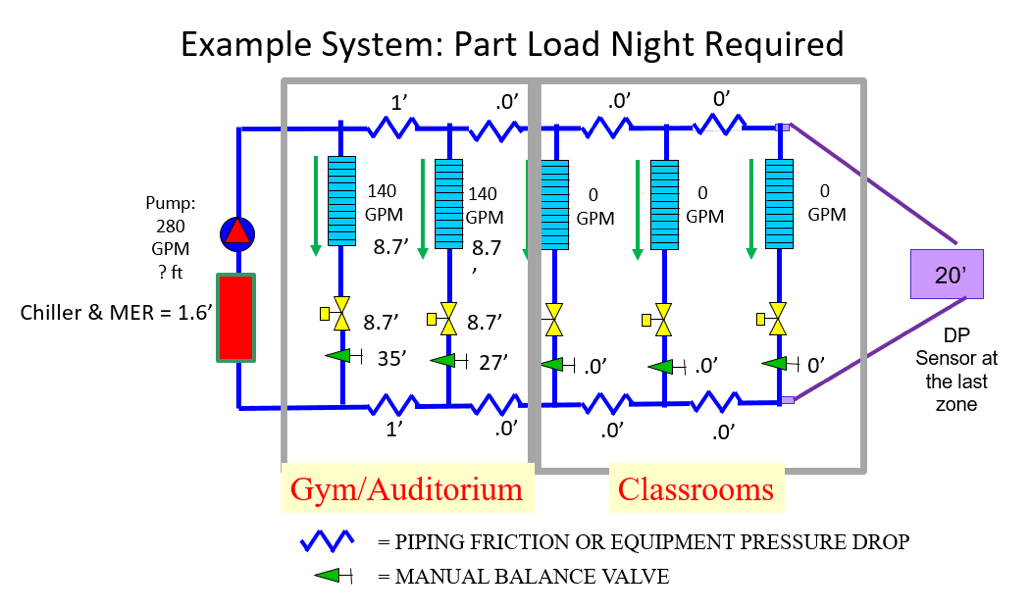 Just look at the first zone closest to the pump. At 140 GPM, that zone requires (8.7+8.7+35) just under 53 feet of the head plus the common losses. The curve control will miss the required head. The area control will also miss it but the feedback loop gets closer to the requirement. Here are the points on the pump curve. 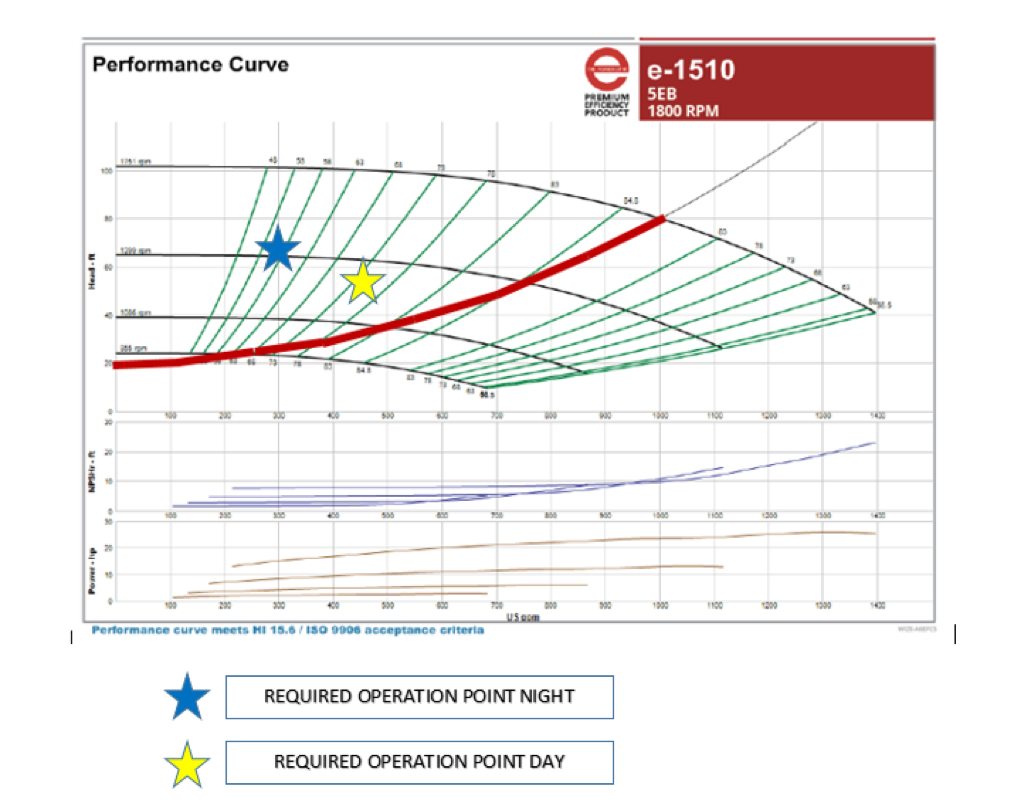 We can see that the two points shown would be in the upper end of ASHRAE’s control area. In a system with a lot of diversity, sensorless control or curve control may not be the choice to make. The feedback of the DP sensor get’s us a lot closer in part load operation. How can we solve this if the owner complains? We raise the control head until the problem goes away. As we do that, the owner’s energy savings also disappears!

The DP sensor or area control works great in the daytime example but not as well in the night-time example. What can we do about that? Read about it next week in the R. L. Deppmann Monday Morning Minutes.