Turndown is defined as the ratio of maximum fuel input rate to the minimum fuel input rate of a variable input burner. In general, it refers to the ability to adjust a boiler’s firing rate (input) to precisely meet the real-time heating demand (output) of the system without temperature overshoot or wasteful cycling. In general, the turndown ratio of a firetube boiler is greater than water tube designs. 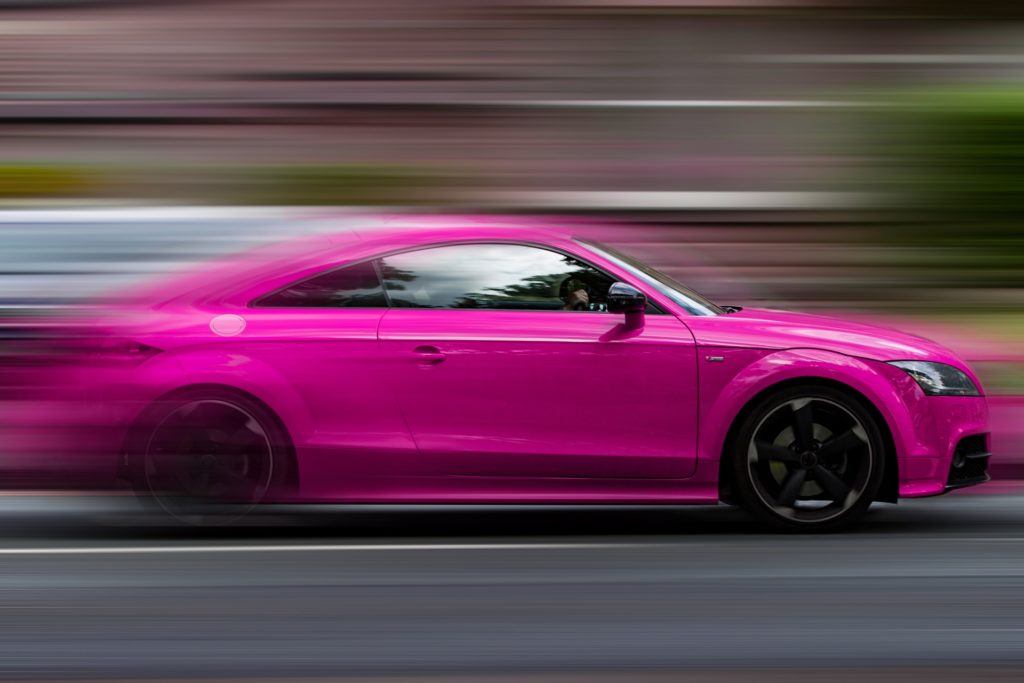 The higher the turndown ratio you have, the greater the efficiency potential of the condensing boiler plant. For many years, boilers operated as on-off devices. These boilers had a great deal of water content and fired for long periods of time because of the mass. These early systems were more concerned with keeping the building warm than the cost of energy. In addition, controls were less sophisticated. As boilers became smaller and contained less water there was more cycling or turning on and off. With cycling came temperature overshoot and losses due to bringing the flue and boiler metal up to temperature each cycle.

Like a car that either does 100 miles an hour (MPH) or 0 MPH. It was fine if you just kept running wide open. The next evolution was the Lo/Hi-Lo or 2 Stage Fired Boilers. Everyone rallied around this as being the better way to go because sometimes the “Speed Limit” was only 50 MPH and with an on-off boiler all you could do was go 100 MPH then brake for long periods. Now we had a choice of 100 MPH or 50 MPH. The next generation of boilers included three and four stage boilers. Today most condensing boilers are fully modulating. They operate to match the load from the maximum fire down to minimum fire.

Once at minimum fire, the boiler will cycle on and off. When a boiler cycles off, there is a post purge cycle. The fan blows the cold air to purge any leftover gas. While doing this, the flue pipe and some of the metal in the boiler cools. When the boiler cycles back on, the fan runs in a pre-purge cycle doing the same cooling. Now the boiler fires and must use energy to re-heat all the metal up to temperature. The lower the minimum firing rate, the less cycling occurs, the less wear and tear on the boiler, and the higher the potential efficiency.

What is Turndown Ratio in a Hydronic Boiler Plant?

So, we defined the turndown ratio of a single boiler. How does this relate to the turndown ratio of the entire boiler plant? Assume you have a large high school with a required heat load, mentioned above, of just under 6,000,000 BTUH. I am ignoring operating efficiency for this simple example.  You choose (2) 6,000,000 BTUH high efficiency condensing boilers in parallel because the district requires N+1 or an extra boiler in case one goes down. If they each have a 5:1 turndown ratio, the lowest operating load of a single boiler would be 1,200,000 BTUH. The plant has a total of turndown of 5:1 since only one boiler is needed for the load. This system will start cycling the boiler on and off anytime the load is below 1,200,000 BTUH. Before we look at other options for this plant, what low load might we need?

Since hydronic heating loads normally vary a lot from fall to winter to spring, the required load also varies a lot. Look at the first chart below. The boiler plant for this school will require the boiler to cycle when the load is below 1,200,000 BTUH.  This will occur when the outdoor temperature is normally at 53 degrees or lower. The second chart shows this load will occur about 30% of the operating hours of the boiler plant. This boiler plant will cycle inefficiently 30% of the time. 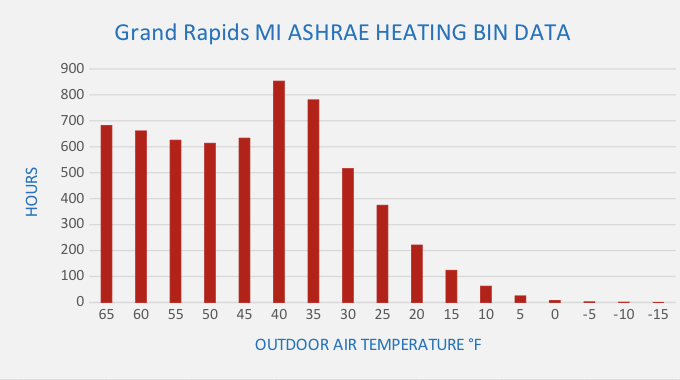 Improving the efficiency of our example system may take two different directions. We could use more, smaller boilers with the 5:1 turndown. We could also keep the same boiler quantity but increase the turndown.

The second option would be to use the same (2) 6,000,000 BTUH boilers but select them with 15:1 turndown. We previously saw that the lowest continuous operation would happen at 400,000 BTUH. This option leaves us with the two boilers and a plant where cycling would occur only 10% of the time.

Most water tube-style boilers are capable of a 5:1 turndown. Firetube boilers will turn down to 8:1, 10:1, and some will go all the way to 15:1. What is the difference in the boilers that cause the difference? Does the choice affect cost, space, and hydronic design? Look for part 2 of this series in the R. L. Deppmann Monday Morning Minutes.