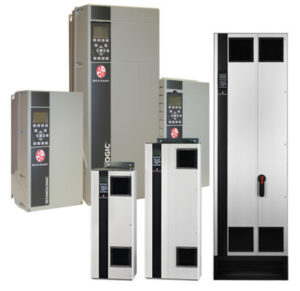 My March 11th blog article concerning The Department of Energy Standards for centrifugal pumps raised questions about the engineer’s or owner’s choice of variable frequency drive (VFD) brand. This R. L. Deppmann Monday Morning Minute focuses on the part of the Standard that may affect the VFD provided.

In the March 11th blog, I suggested specifying pumps affected by the DOE Standards that are labeled with an acceptable PEICL (Pump Energy Index – Constant Load) rating. The PEIVL (Pump Energy Index – Variable Load) rating is acceptable by the standard but allows an otherwise inefficient pump by the DOE standards to be manufactured and sold as long as it is tested with a variable frequency drive. If you use a pump labeled with a PEICL rating with a VFD, you have the best of both worlds. What does all of this have to do with my VFD specification? Read on.

The D.O.E. Pump Standard and the Choice of Drives (VFD)

Here is my understanding of the DOE Energy Conservation Program: Energy Conservation Standards for Pumps. Let’s start by repeating that the term “Constant Load” simply means the certifying test was done at a constant speed and variable load. It does not mean that the pump won’t have a VFD on it when operating. A pump that is shipped with a PEICL less than 1.0 may be shipped without a variable frequency drive. It can operate in a constant speed application such as a cooling tower or it may operate in a variable speed application such as Primary Variable Chilled water. The drive can be added later by anyone.

If you specify pumps that are allowed because they meet the PEICL requirement, it does not matter who provides the drives. It does not matter if the pump is used in a constant speed or variable speed application. It is approved and acceptable either way. You continue to design and specify projects the way you always have and simply add a single line to the specification.

“Any pump supplied that is regulated by the Department of Energy pump standards shall bear the acceptable PEICL index. Pumps supplied with variable speed controls shall bear the PEICL and PEIvL indexes. Submittals for approval shall clearly identify both PEI indexes and affirm that that index meets the DOE pump standards.”

Take a look at the link to the DOE pump standards and the Federal Register volume 81/Number 16 on pages 4423-4424 to understand where this interpretation is coming from. “…pumps can be labeled based on the configuration in which they are sold…. “ and “….configuration in which the pump is being rated (i.e. bare, pump, a pump sold with a motor, or a pump sold with a motor and continuous or noncontinuous controls.”

The R. L. Deppmann Core Purpose is stated as “Helping People Make Better Decisions.”  I hope this helps you make the right decision for projects with pumps built after January 1, 2020.