The last R. L. Deppmann Monday Morning Minutes offered suggestions for the use of a Griswold sediment separator in a variable flow tower system. The diagram shown in that article is a primary-secondary system with a variable speed primary and a constant speed secondary. Today, we’ll review the flow in the piping around this sediment separator.

Piping and Flow Rates in an Example System 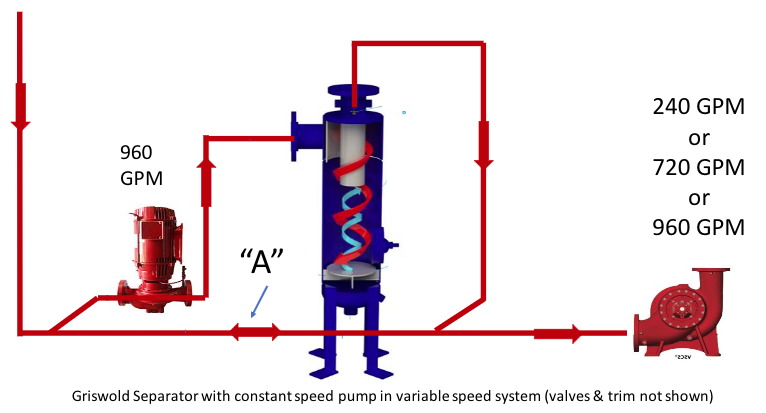 Your decision will depend on how often the system will operate at 720 GPM vs 960 GPM vs 240 GPM and how much efficiency you need. Remember, as the flow rate drops, so do the per pass percent of solids removed and the minimum size of the solids removed. The choice is energy savings vs efficiency of separation.

The control head will determine the minimum flow. In this case, we have two or three different control heads.  This makes it different. In this application, we want the BMS to close a set of contacts for each operation and fix the speed to maintain the flow rate required. 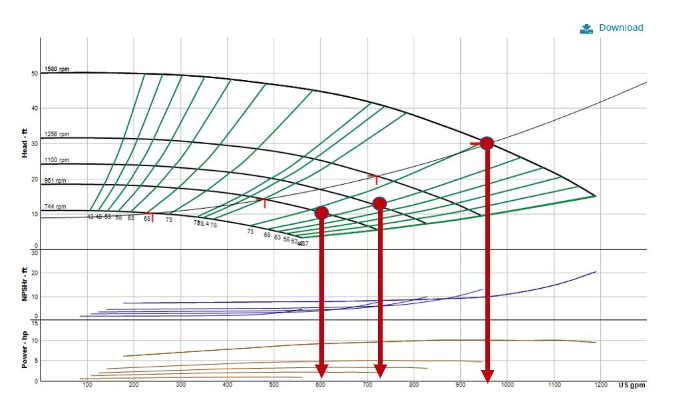 Next week, we will show one more separator system often referred to as a cooling tower sweeper system.