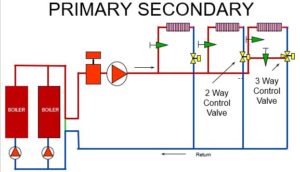 Primary – Secondary piping is recommended with most water tube condensing boilers. Once the boilers have turned down to the lowest firing rate, cycling will occur. Today the R. L. Deppmann Monday Morning Minutes will look at the bridge piping and the cause of the cycling.

The principle behind this piping arrangement is centered around keeping an extremely low-pressure drop in the common pipe between two pumped systems. This low-pressure drop will assure little change in the primary flow rate while the secondary system flow rate varies. 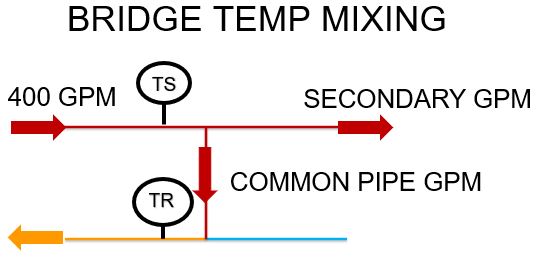 The table below shows what is happening at the primary-secondary bridge.

This example shows a single 6 million BTUH boiler with a 5 to 1 turndown ratio and a 30 °F ΔT. This always leaves us with a primary flow rate of 400 GPM through the boiler. This example does not reduce the numbers for boiler efficiency to keep the numbers simple. 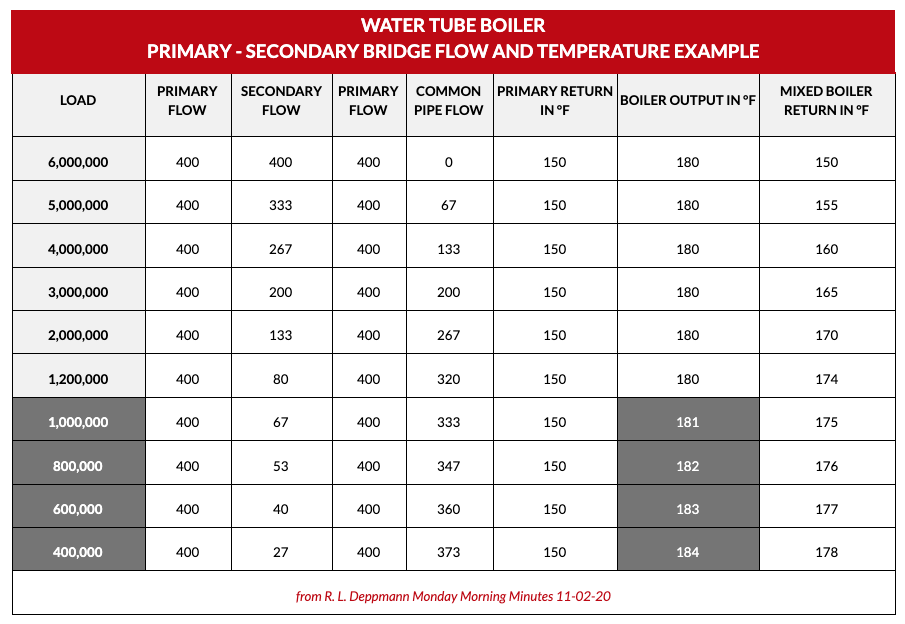 Imagine how often this would happen if the boiler could only cycle to 50% of the load.

Imagine how quickly the boiler would overshoot the outlet temperature if the flow dropped quickly and significantly on the secondary side.

These are real problems and if the system has these characteristics, there is a solution. This will be the subject of the next R. L. Deppmann Monday Morning Minutes.