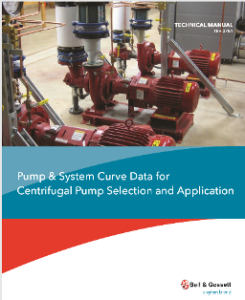 An engineer in Michigan called about a large project with several pumps being selected in parallel for a plant chilled water system. He commented that the Bell & Gossett pump curves are flat “vs” processing pumps which are steeper. His question was “Why are B&G curves so flat?” I have not heard this comment for many years. What did he mean?

If you have followed this blog for many years, you may recognize this as a re-write of a 2010 article I wrote. The question has surfaced recently from a couple of smart engineers with less than 5 years’ experience. Let’s look at it again.

What is a Steep Pump Curve?

The term “steep curve” comes from the process and utility industries. This old term refers to a large change in pump head with a small change in flow rate. Often, process pumps have dirt or sludge which is removed by a strainer or filter. Look at the figure 19, shown below,  from the Bell & Gossett pump selection manual TEH-375A. If the system is going to have a filter that requires cleaning when the flow rate drops, the steep curve allows more pressure drop at a given flow rate as we drop from the design point. We don’t have to change the filter as often. A large change in pressure drop produces a small change in flow. 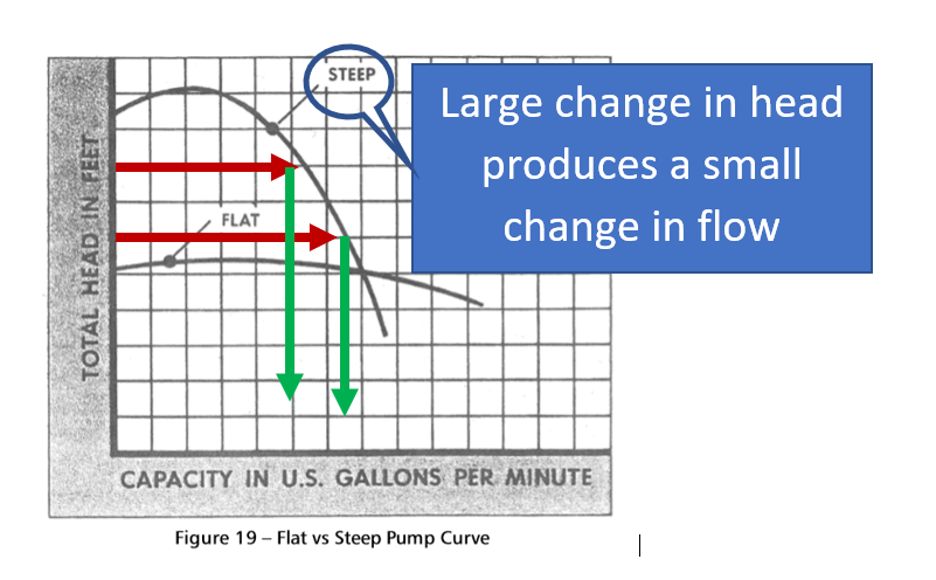 As the filter or strainer clogs up, the pump moves up the curve. Over a large pressure range, the flow does not change much. This allows a longer interval between maintenance cycles.

What is a Flat Pump Curve?

In a flat curve, we see the opposite effect. In a flat pump curve, a small change in the head results in a large change in flow rate. Bell & Gossett pumps are designed to be flat because they are applied, most often, in HVAC systems with control valves. 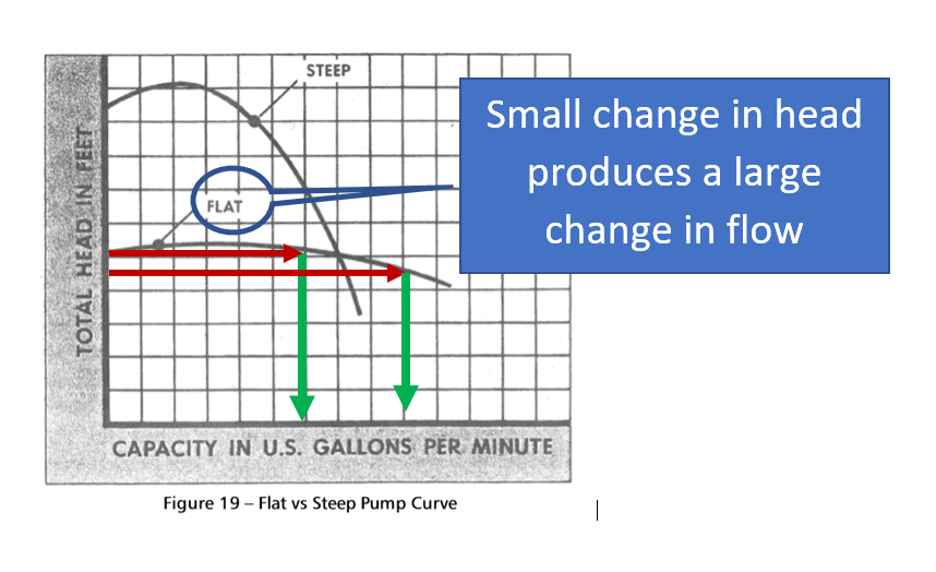 As the control valve starts to close, you want a large change in flow rate. We want the pump to react to a slight opening or throttling with a noticeable change in flow rate. That is why B&G 1750 RPM pump curves work so well in hydronic heating and cooling systems. The flat curve pump and control valve work together well for a responsive control system. One of those hidden gems when you specify and demand B&G pumps.

Next week the R. L. Deppmann Monday Morning Minutes will look at suggestions for pump curves in industrial applications.