Hydronic Primary-Secondary Piping – How Important are the Two Close Tees? 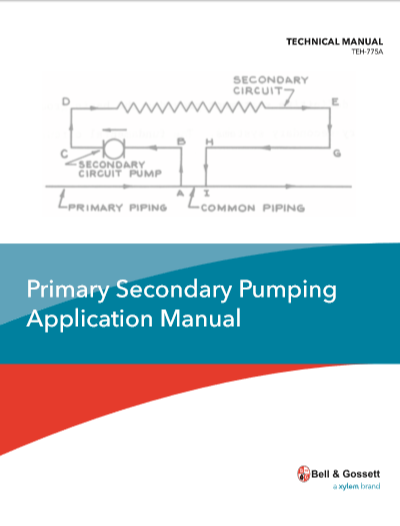 Every year we get questions about the importance of primary-secondary piping rules around boilers and coils. Recently, I also received a call about using a variable speed pump as the temperature control device on a heating coil. Gil Carlson from Bell & Gossett offered this rule about primary secondary piping, “Keep the common pipe equal to two close tees with no more than one foot of piping between them.” How important is this rule?

We begin by looking at a formal definition of primary secondary from Gil Carlson in the Bell & Gossett manual:

“When two piping circuits are interconnected, flow in one will cause flow in the other, to a degree depending on the pressure drop in the piping common to both.” 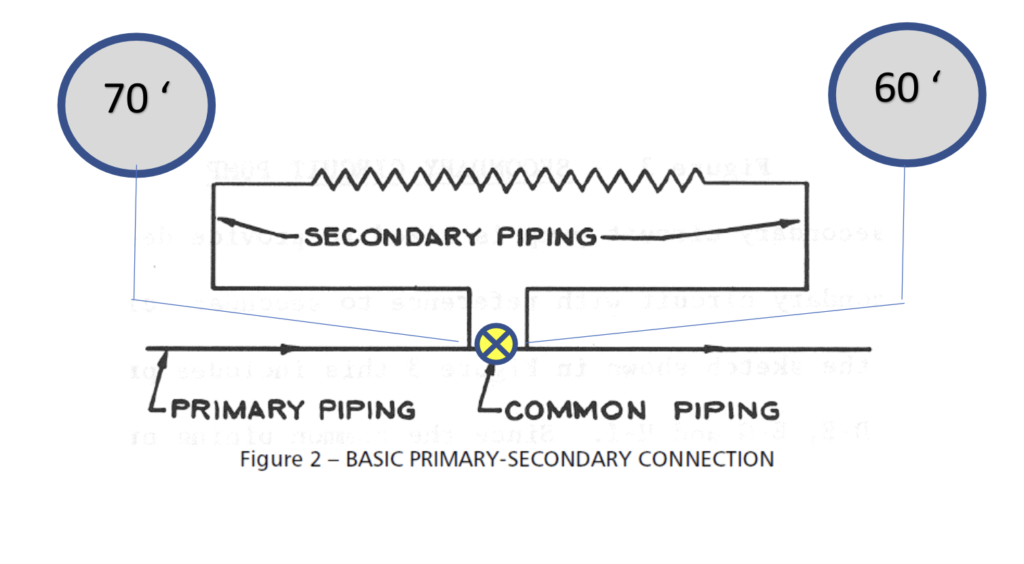 Now look at the sketch again. I added a balance valve in the common pipe and caused ten feet of pressure drop. Now the gauges reflect that drop. Since the entrance to the secondary piping is at 70 feet and the outlet is at 60 feet, there must be some flow rate in the secondary pipe and coil causing ten feet of drop. Based on the example design parameters, the flow must be 10 GPM. I caused the flow because “…to a degree depending on the pressure drop in the piping common to both.” You may be thinking, “Norm, I get it, but I do not put a balance valve in the common pipe so what’s the deal.” Another real example will help. 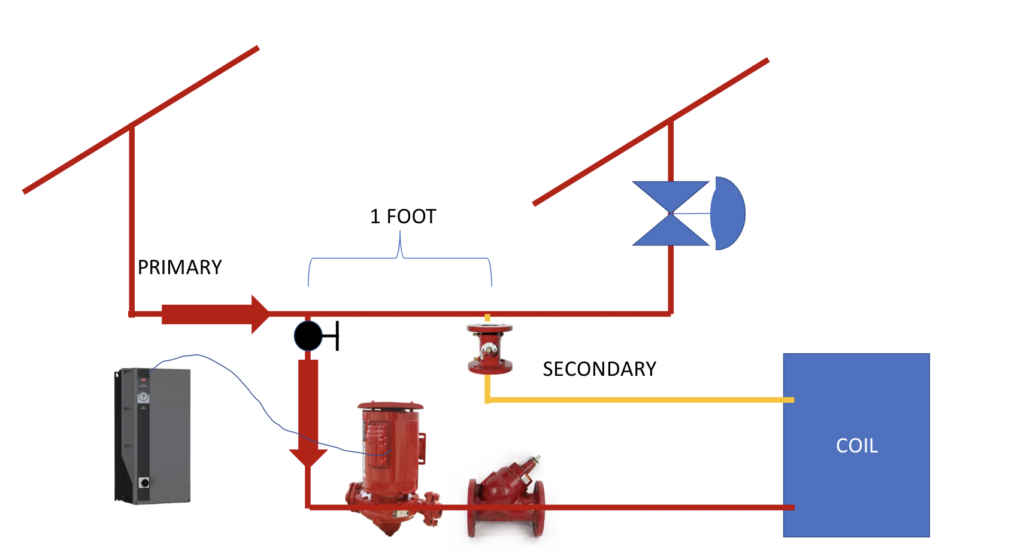 Real life example: Coil pump requires 100 GPM at 30 feet. The piping is 3”. The common pipe is following the rules with two 3” branch flow tees and one foot of 3” pipe. If the pump is off, what would the flow rate be in the coil?

Let’s start with the two branch tees and the pipe. I used the B&G system syzer and selected 3” steel pipe for 100 GPM. Then I went to the “Length/Pressure Drop” tab and entered my meager common pipe pieces. 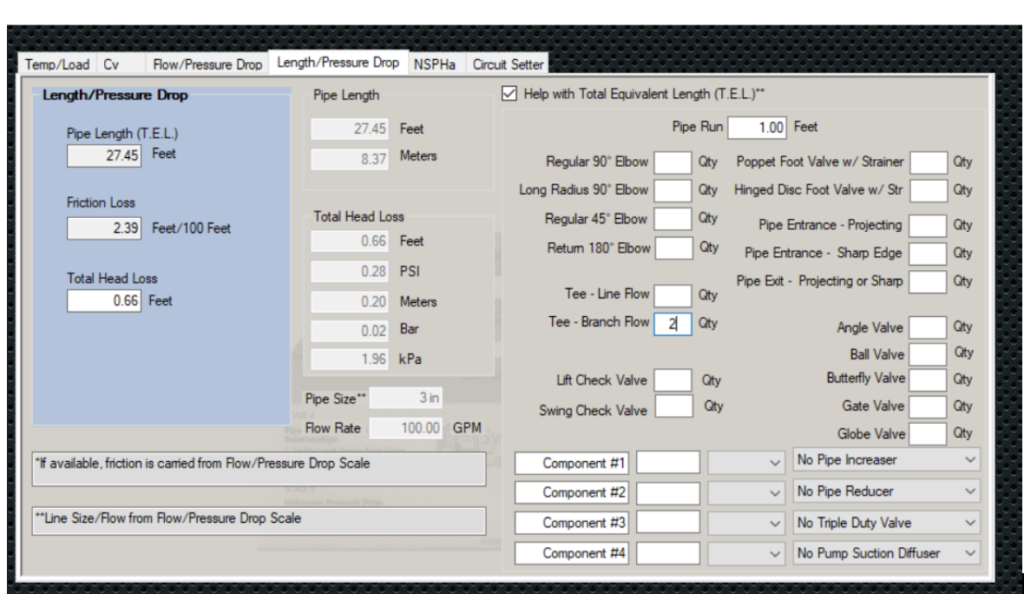 The second pump affinity law states that the flow varies as the square of the pressure drop. This gives the system curve we may see on variable speed pump submittals. If we look at the Cv tab in the system syzer, we see 15 GPM if there is 0.66 feet of pressure drop. This does not seem like much but remember, 10% of the flow will cause 50% of the heat in a hydronic coil. Obviously, the two-way control valve will close, and the heating will cease.

In this case, there will be no flow at 0.66 feet in the common pipe. The engineer chose to put a Bell & Gossett model 3DS-3B triple duty valve on the pump. This is a combination check, balance, and shut-off valve. The check portion is spring loaded and will require ½ PSIG or about 1.1 feet to crack open and start the flow. Therefore, at 0.66 feet of common head loss, there will be no flow in the secondary, in this case.

What if I Break The Rules?

Knowledge is a great thing. You can tell what will happen if you understand this blog. What if I put a butterfly valve in the common pipe, added two elbows, and made it four feet long because that was easy to pipe on the job? Let us see what we did. 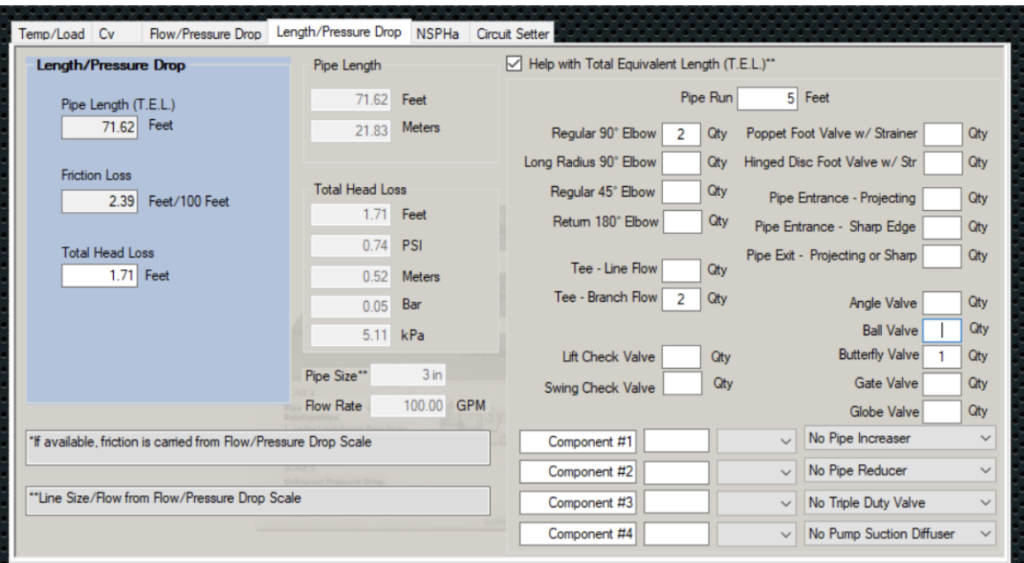 We can see that the pressure drop tripled. The triple duty valve will lift off it is seat and we will have flow in the secondary. If this were a boiler system with 10 feet of pressure drop and there was no triple duty valve, the flow in the boiler would be reduced by about 10%. That might be enough to void the warranty on a water tube boiler. Conversely, if  you have two close tees and no valves but have to add a few feet of pipe, it will not make a significant difference.  It is important to know the rules.

Next week, the R. L. Deppmann Monday Morning Minutes will look at the second call I received. Can I use a variable speed pump to control the air temperature from the coil?