Hydronic Expansion Joints (Part 2): It’s All About the Guides 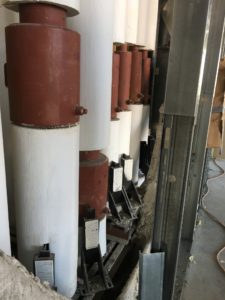 Expansion joints in hydronic systems are used when the natural flexibility of the pipe will not handle the calculated movement caused by thermal expansion.  Those joints could be hard piped loops, Metraloops, metal bellows type, or rubber expansion joints. Regardless of the type of expansion joint specified, it’s really all about the guides.  Much of what will follow is specific to low-pressure hydronic systems (under 250°F). Let’s look at the listed expansion devices. 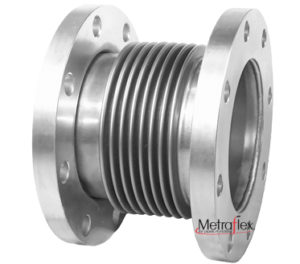 When referring to expansion joints for hydronic applications, the bellow type has been around a long time. They provide axial compression but are not intended for lateral movement. They move like an accordion and they may be manufactured for a range of movement. Unlike pipe loops, they are inline with the pipe and make a lot of sense when space is real tight. The Metraflex MNLC is an example we use in hydronic systems.

The bellows style must utilize many guides depending on the length and pressure in the pipe. It is important that the joint does not move laterally. This happens if the pipe bows because of lack of proper guiding or no anchors. The number of guides required also dictates the same number of structural points to attach the guide. That is where a great deal of expense may arise. 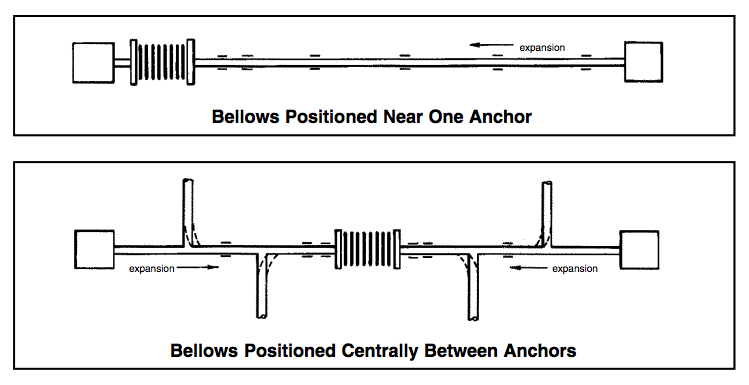 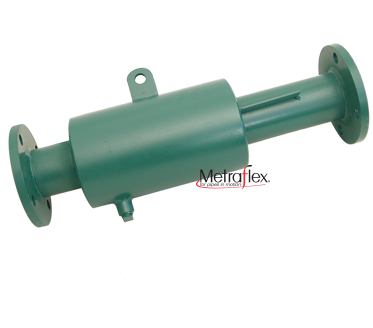 One challenge with the bellows type joint is what is referred to as “squirm”. This is a failure of the expansion joint because while flexing the bellows moved laterally within the joint. It is less of an issue in hydronics since the length of the bellows is relatively short. When the hydronic system expansion becomes 4” or more and a bellows type joint is requested, we recommend the Metragator. The “Gator” is still a bellows joint but includes a liner and the external pressurized cover protects the product from damage during construction as well as avoiding squirm. 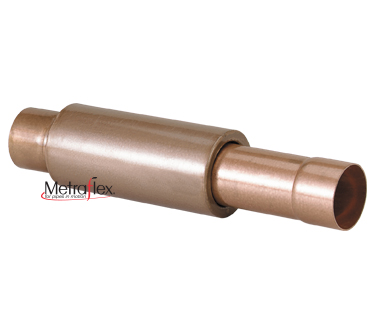 In smaller piping systems and fin tube radiation runs, you will find expansion compensators. Just another name for an expansion joint. Copper pipe will move over 2” per 100 feet but also bends pretty easily. When there are long runs of copper fin tube, the expansion and the bending may be an issue which can cause scraping noises at best and damage at worst.

There may be an advantage to specifying a compensator to be used if the fin tube exceeds a certain length. For example, provide properly guided expansion compensators on all fin tube runs over 40 feet. Remember the guides when detailing. Below are examples of inexpensive baseboard guides from Metraflex.

While the engineer designs and lays out the piping system there should be an analysis to determine if there are enough “L” turns, “Z” turns or ”U” turns to handle the thermal expansion of the pipe. If there is not enough natural movement, the engineer may turn to a piped expansion loop.

The challenge with piped loops is the real estate. Let’s look at an example. Assume we have 100 feet of 6” steel pipe with 180°F heating water. Page 26 of The Metraflex Expansion Guide shows 1.36” of expansion from 0°F. If we apply a safety factor and look at the same manual’s page 25, the loop will be 4’6” wide by 9’ long. If there are two of the insulated pipes and they are nested, the space required will be over 5 feet wide and 10’ long. This could interfere with electrical, plumbing, ductwork, or fire protection. In addition, the welding of pipe elbows, and hangers for the pipe will be expensive. 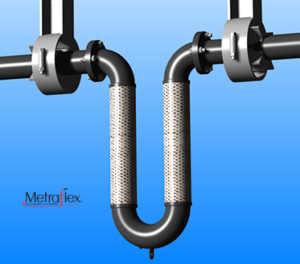 The Metraflex Metraloop is a great solution to the real estate problem of piped loops. The loop in the example above is only 36” by 45” with 4” of movement. They are available in copper sweat, steel flanged or weld or grooved. Although they come standard with 1.5” or 4” of movement, most engineers simply specify the 4” movement since there is little price difference.

They can be nested with as many pipes as you have and the pipes may be different sizes. 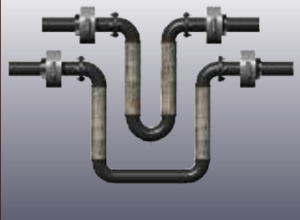 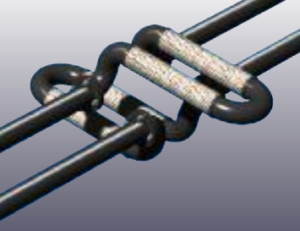 Lastly, the Metraloop is simple to indicate on the drawings. Show the two anchors, show a small nested loop symbol and the guides. Sizing is done by Deppmann when we take off the project. 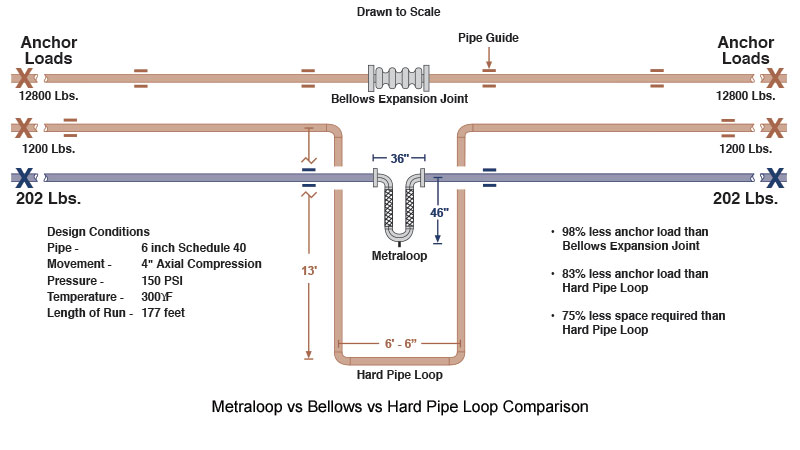 Next week the R. L. Deppmann Monday Morning Minutes will look at two expansion joint options at pumps if you expect axial movement.