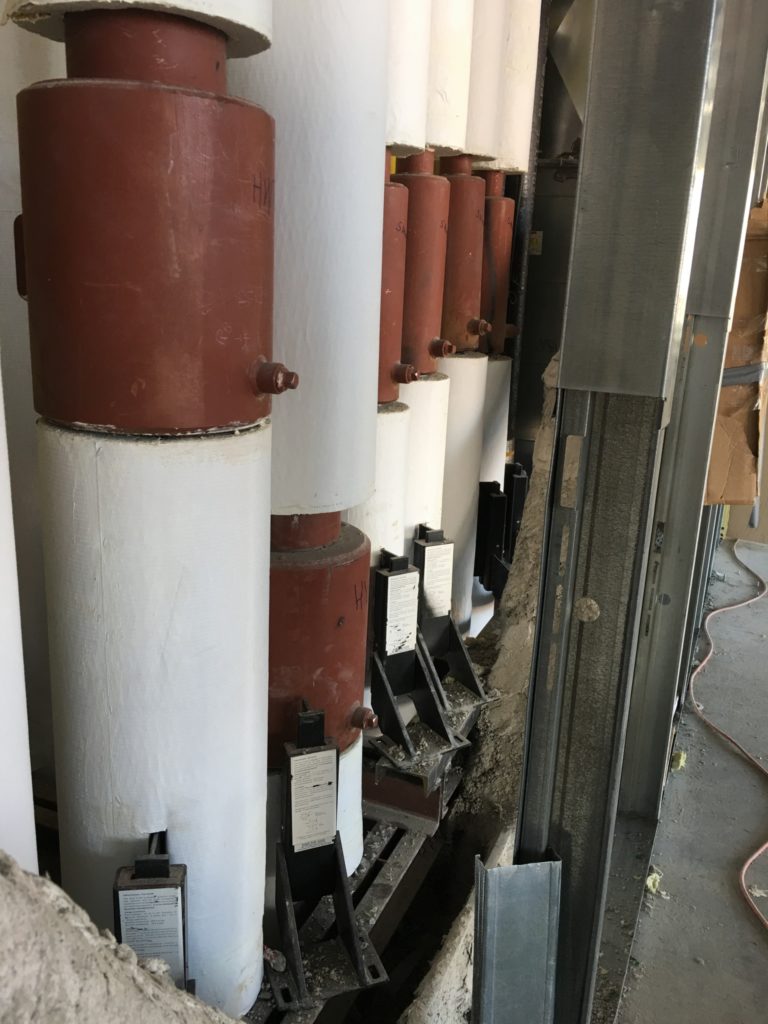 The Need for Expansion Joints in Hydronic Systems Because of Temperature 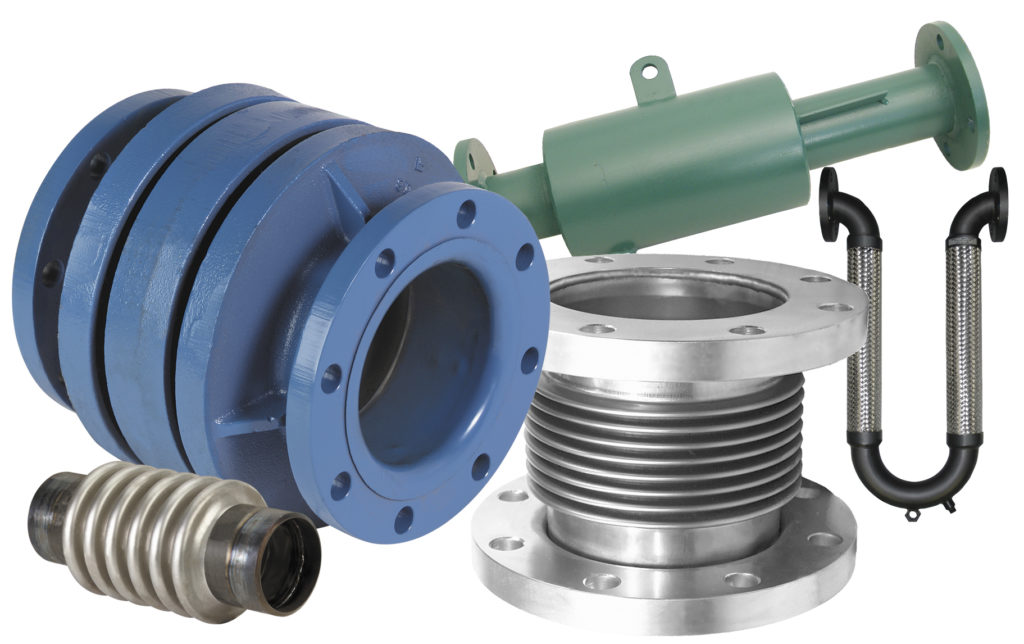 It almost seems redundant to say it but expansion joints adjust to compensate for the expansion of the piping. In a previous blog, I addressed some basic recommendations for steam expansion joints. In a similar way when we heat water in a hydronic system, the pipe tries to expand and pushes against the anchors. If there are enough changes in direction in the pipe, making “U” or “Z” or “L” turns, the expansion is absorbed through flexing of the pipe. When there is not enough natural flexing, a loop or expansion joint is needed.

In the article mentioned above there is an expansion table for steel pipe. In northern Ohio and Michigan, when your tower system is operating in the dead of summer, the outdoor temperature may be above 90°F and the tower water supply may be 80°F. Even though the tower system may be drained in the winter, the pipe is still reacting to temperature. If it is -10°F outside, the pipe outside will have contracted almost 3/4″ per 100 feet from the summer condition.

The Need for Expansion Joints in Hydronic Systems Because of Movement 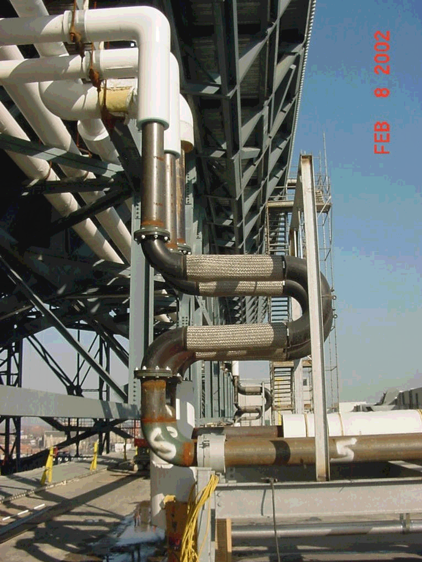 Pipes will move because of temperature changes and the expansion and contraction of piping. Pipes will also move if the things they are attached to are something that moves. If something such as an air compressor is vibrating, the pipe attached to it is moving.

Let’s think of another example. What if you have two buildings next to each other? What if the hydronic system mechanical equipment is in one of the buildings and it is serving the other? If the building moves, the pipe will move. The architectural department may have installed expansion joints for the building. Did the mechanical engineer do the same? At Ford Field in Detroit, the engineer recognized this and designed the Metraflex Metraloop into the system between the new and existing buildings.

Possibly a pump is not on a variable speed drive or soft starter. When the pump starts up there may be a thrust load pushing up. The thrust anchor on the header should be designed to handle this, but what if they put spring hangers up there? Something is going to try to move.

When things will move in a hydronic system the engineer will need to understand in what directions the movement will happen and select the proper expansion joint for that movement.

Flexible connectors are simply that. They connect a piece of equipment to a pipe, flexibly. The main reason they are used is to adjust for a slight offset or lateral movement between the piping and the piece of equipment. If you expect them to move axially, you need to specify the right product regardless of what you call it. Previous R. L. Deppmann Monday Morning Minutes blogs have addressed stainless steel hose and braid and rubber flexible connectors.

Avoid Confusion in Your Specification Drawings

Often times I will be talking to an engineer about the application of a product or a system design question and they will say, “I don’t want that because……” My response is, “Are you going to let the bidding contractors in on that secret?”

Example: The engineer says, “I need a pump for 500 GPM at 80 feet but I don’t want this pump because it is too close to the maximum impeller”. When it comes out for bids, will the contract documents also say that? The engineer scheduled the exact B&G model they wanted without being at the maximum impeller. Then when the contractor looks at the specification it is a plain Jane AIA specification with 10 manufacturers listed and no indication about the concern about maximum impeller. No two pump curves are exactly the same. I can guarantee you someone will bid the pump you did not want because…

In the next couple of R. L. Deppmann Monday Morning Minutes we’ll look at nomenclature and the correct product. We’ll offer suggestions to make it clear in the contract documents where you want which type of expansion joint or flexible connector. If you are in northern Ohio or Michigan and don’t want to wait, just click here and we’ll come over and give you advance seating!

Hydronic Expansion Joints (Part 2): It’s All About the Guides