Last week, I defined ECM motors and how they differ from standard PSC and induction motors. We recently had a customer call who was very confused. They removed a Bell & Gossett base mounted pump, installed a competitor’s pump with an ECM motor, and the amp draw was the same. What happened? This week, the R L Deppmann Monday Morning Minutes looks at ECM pumps and non-ECM pumps. 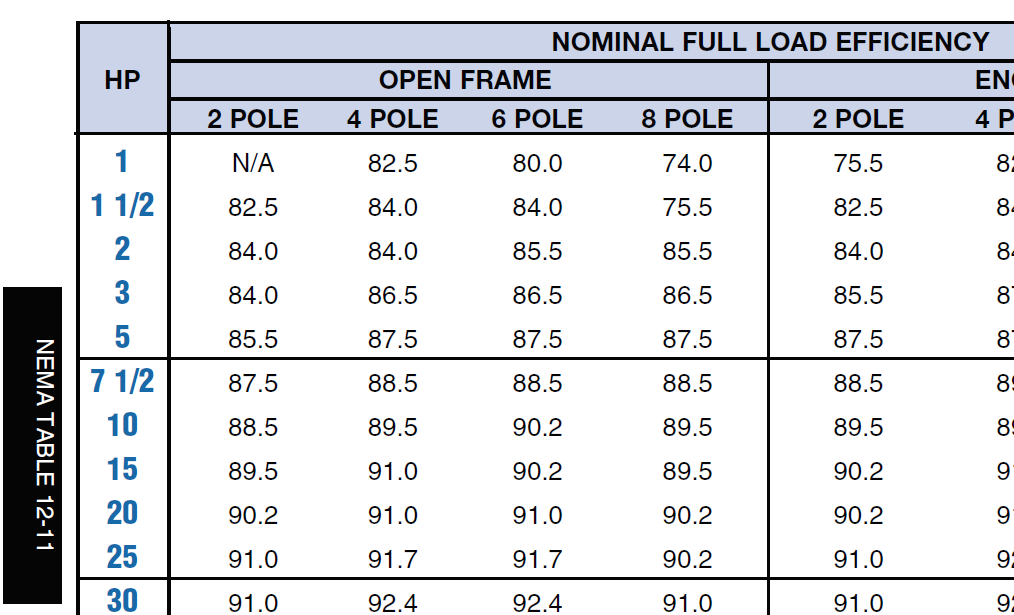 When we look at two different pumps with the same GPM and head, we compare the expected power consumption, the denominator of the formula is the difference. Pump efficiency x Motor efficiency. The person that called listened to a pump salesperson that was not from R.L. Deppmann. The assumption was that an ECM pump is substantially more efficient than a regular pump. Again, the key is to understand that ECM refers to the motor. An ECM motor running at the same speed as a standard motor cannot change the pump efficiency. Most pumps with ECM motors are inline style and inline pumps, and in general, are less efficient than base mounted. In this case, the owner took out a B&G 1510 and put in an inline pump with a more efficient motor, but a less efficient pump.

Let’s look at an example. Assume the conditions were 200 GPM at 25 feet. Let’s look at the B&G Ecocirc-XL vs. the e-1510. It may not be the same as the problem job since the B&G Ecocirc-XL was probably even more efficient than the competitors but it will get the point across. The ECM pump draws 2 IHP (1500 watts/746) including the motor.

When comparing the above to the base mounted pump we have to include the efficiency of the motor. The EPACT motor was 84% efficient so 1.75/.84 = 2.08 IHP 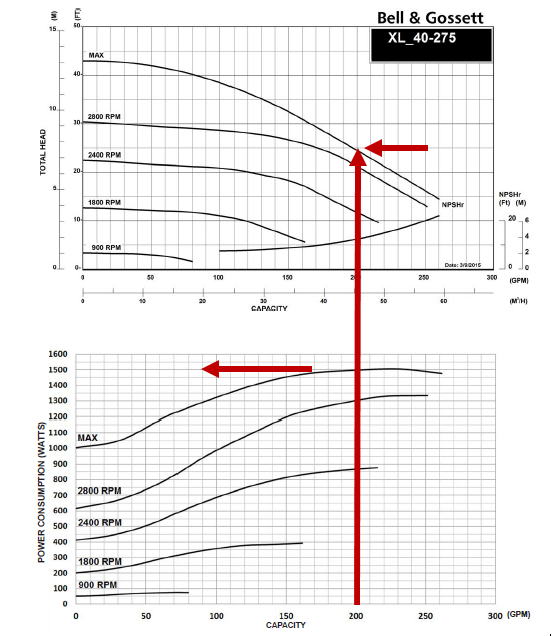 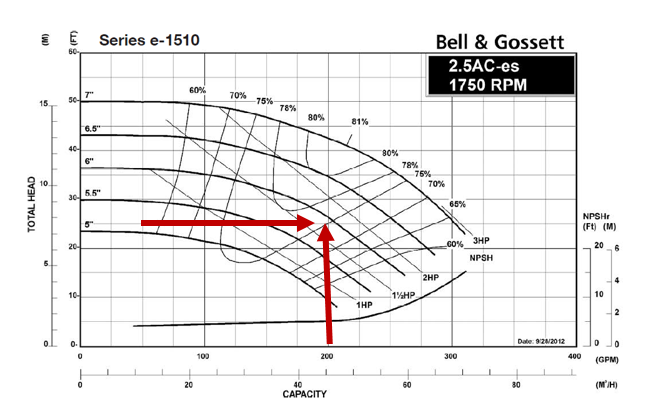 In this case, the existing pump efficiency multiplied by the motor efficiency was; 0.76 X 0.84 or 0.64. The ECM pump and motor efficiency was 0.63. The owner paid a lot of money and did not see a huge benefit. This application was a constant speed primary heating pump, and our Startup and Warranty department had balanced the pump and trimmed the impeller when the job was installed 8 years ago. There was very little to be saved but the lure of ECM and a good sales pitch closed the order. There is more to the story. There are many applications where the installation of the ECM pump would have been a great choice. Next week for the R.L. Deppmann Monday Morning Minute, we will look at Part 3 and an example of the value ECM pumps can bring.