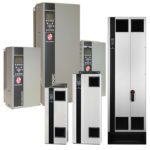 This week, the R. L. Deppmann Monday Morning Minutes will explain how to show multiple speeds on a pump curve and how to determine what speed to set an oversized pump at to simulate a trimmed impeller after a proportional balance.

Example Pump for this Article

In the last Monday Morning Minute, we used an example pump in a closed hydronic system which was proportionally balanced. The example pump was a B&G e-1510-5EB with a scheduled capacity of 1115 GPM of water at 80 feet of head. The impeller was trimmed to 10.5” and the design operating speed was 1768 RPM. The pump had a control head of 24 feet as determined by the design engineer. 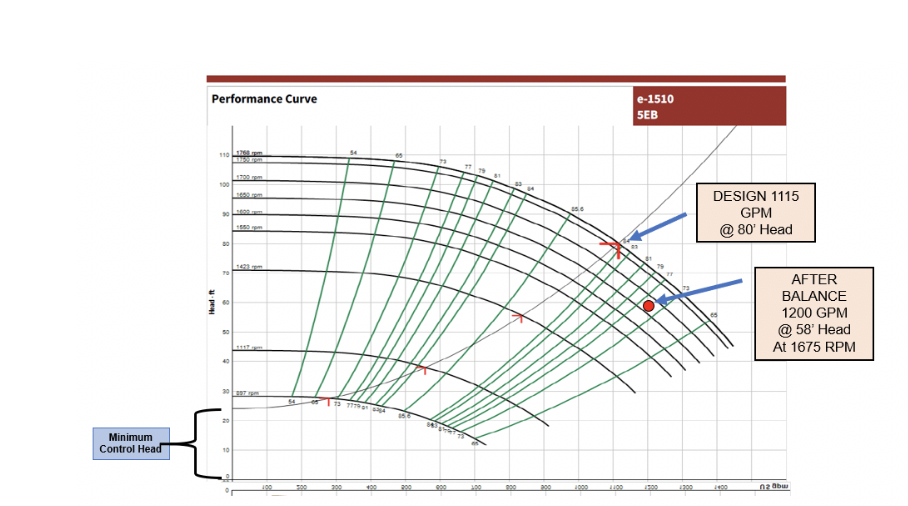 Once the balance contractor completed the system proportional balance, the actual pump differential pressure was 58 feet at 1660 RPM. This indicated about 1200 GPM. The contractor wanted to reduce the speed to get to 1115 GPM. The blog, “Hydronic Pump Balance using the Variable Speed Drive (VFD) with No Balance Valve on Pump,” indicated a proportional speed reduction would be close. A new system curve would have to be plotted to get the exact speed required using the specified control head.

Since we know the original capacities, we can enter the B&G esp-Systemwize program and select the same pump but with the new capacities that the balance contractor ended up reporting. Once we select the pump we can change the impeller size to match the existing pump we are balancing.

We can also go into the program and add some RPM curves to help make the correct RPM at 1115 GPM easier to read. Here is a video.

This simple R. L. Deppmann Monday Morning Minutes should help you complete a pump setup after balance.  Next week, I’ll address a question received about a high-rise expansion tank in a closed hydronic system.