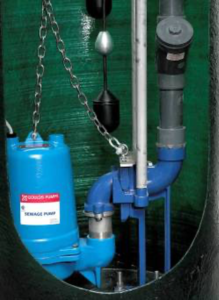 Commercial and Institutional control of basin mounted sump and sewage pumps does not have to be complicated. In residential systems, a small fractional horsepower pump comes with a mounted on/off float switch and we do not even think about it. When the system is larger, we can still settle on the everyday pump control. We just need to decide.

Specifications are Sometimes Too Messy

Sump and sewage specifications should be very simple. I often see specifications that were clearly created by adding different recommendations to existing standard specifications. This may result in a specification that is not clear resulting in poor or incorrect selections. The decision about control is about whether you want to use three or four floats in the basin of a duplex pump.

If the flow is very low, as in a residential sump, we could use a single float with an on-off range of a few inches. In a larger simplex pumping system with larger storage, we require an on float and an off float. The spacing of these are determined by the required volume to meet the minimum run time of the pump. A high-level alarm would indicate the failure of the pump to keep up with the load.

This simplex system would require three floats: Pump off – Pump on – high level alarm. Once that alarm sounds or makes building management system (BMS) contact, something must happen right now. 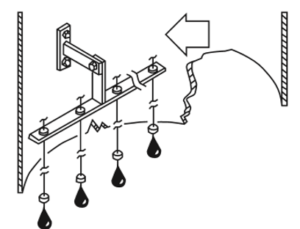 If we carry the same logic into the duplex system, we will require four floats. Many specifications we see require four floats. They are: Pumps off – Lead pump on – Lag pump on – High-level alarm on. This will work fine. Normally the pumps have an alternator that automatically switches which pump acts as the lead pump. If there is an unusual surge load, both pumps will operate. You may also wire the alarm float to a separate circuit, so it has the power to alarm if the circuit operating the pumps is inoperative or has failed.

The challenge with a simple four-float system comes with the annunciation of the alarm. At that point, both the lead pump and the lag pump have failed to pump out the basin. Just as in the simplex system there will have to be some fast action.

If you use a four-float system, your specification should require a pump run status contact closure to the BMS on the lag pump operation. The building management system (BMS) should treat this as an alarm condition. If you do not, there is no indication of a lead pump failure.

Look at the use of three floats and an automatic alternator with lead-lag control in the starter panel. Now the operation will be: Pumps off – Lead pump on – Lag pump on and high-level alarm. The pumps will alternate as mentioned above and both pumps will operate in a surge condition. The alarm will sound when the lag pump operates. This may be an indication of a failure of a lead pump. The system will then operate off the lag pump. The alarm will indicate a problem just as it does in the four-flat system, but now, we are still able to pump. Clearly the alarm must be answered, and the problem fixed.

If there is no BMS system or you are not wiring into it, the three-float system will be preferred. The difference is a scheduled service call vs. a midnight emergency.

So, the decision we mentioned at the start is simple. Are you connecting the sump and sewage pumps to a BMS system? If you are, use a four-float control. If you are not using the BMS system, use a three-float system.