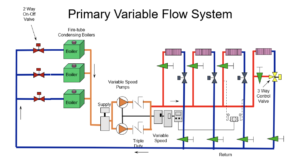 The Issue of Minimum Flow in Primary Variable Systems

ASHRAE 90.1 energy standards require the use of some means to stop the flow in a chiller or boiler which is not operating. The representation above shows two-way control valves on each boiler. As boilers shut down, the valves close. When all the valves are closed, it will not matter if we have bypasses or three-way valves in the system, the flow will be “zero.” 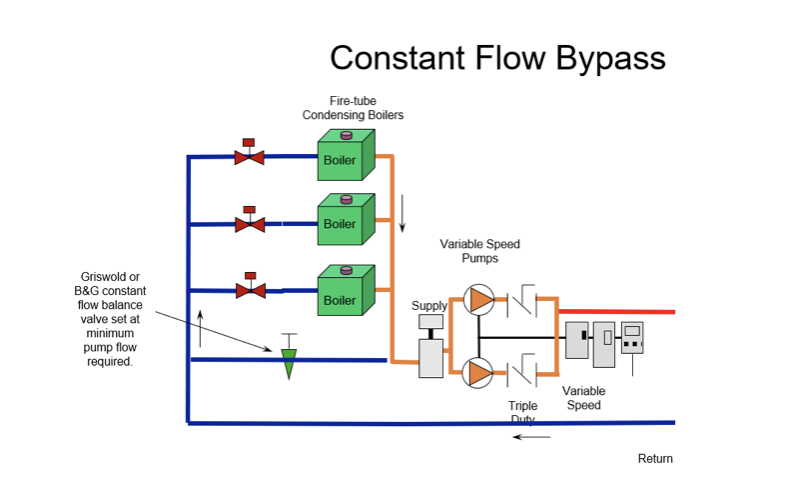 Probably the least expensive installation cost but most expensive operating cost would be a constant flow bypass. This is nothing more than the bypass with an automatic balance valve as described in Part 1 of this series, “Minimum Flow in Variable Speed Pumps for Building Hydronic HVAC Systems.” This would not be my first choice, but it is a choice. The engineer would design the system pump with a system design flow rate plus extra for the minimum flow. 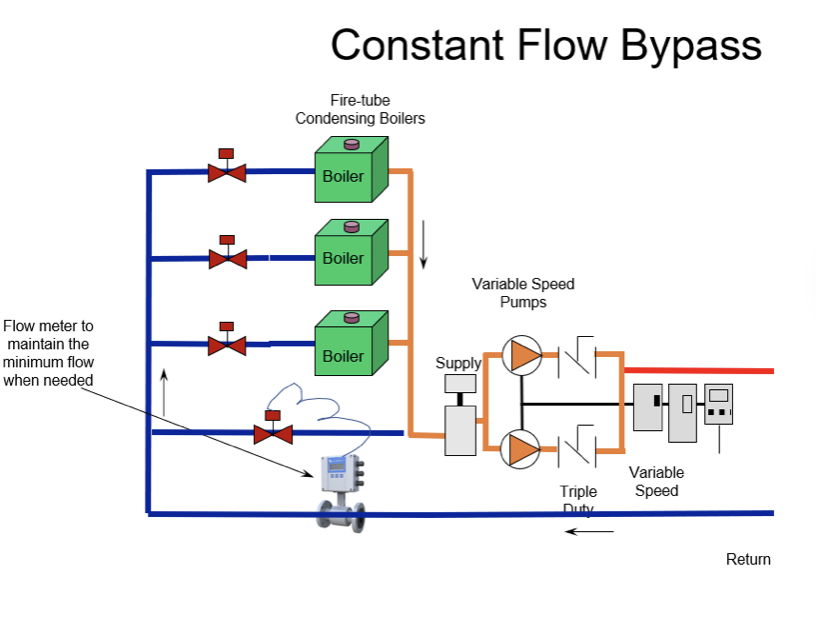 The bypass shown could have a control valve. This control valve could be modulating. The signal from the building management system (BMS) would vary based on a Badger flow meter in the main. The signal would keep the valve closed if the flow is greater than the minimum flow required. The signal would modulate the valve open to maintain the minimum flow. Note that it is important to choose a flow meter that provides accurate measurement in low velocities. This may be a place for an inline magnetic meter such as the Badger M2000. Another non-intrusive option could be the Badger TFX-5000 ultrasonic flow meter. Watch for minimum velocities when using mechanical impeller or insert magnetic meters. The two Badger meters mentioned will not have the velocity issues. 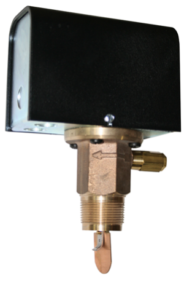 One last option would be to use a 2-way on-off bypass valve with a McDonnell-Miller FS7-4 flow switch in the main. The paddle could be fine tuned to adjust the minimum flow rate and dead band. In this application, the valve would remain off until the flow switch minimum flow was met. Then the valve would be full open. I would suggest a Griswold or B&G automatic flow balance valve in the bypass line for this application. 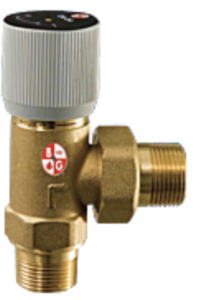 The less expensive pressure differential bypass valves are also meant to be used in constant speed applications. As the control valves close and the pump head rises, the valve opens. If these are used in a commercial application and set at the control head, they will always be open. No different than the constant bypass valve described above. 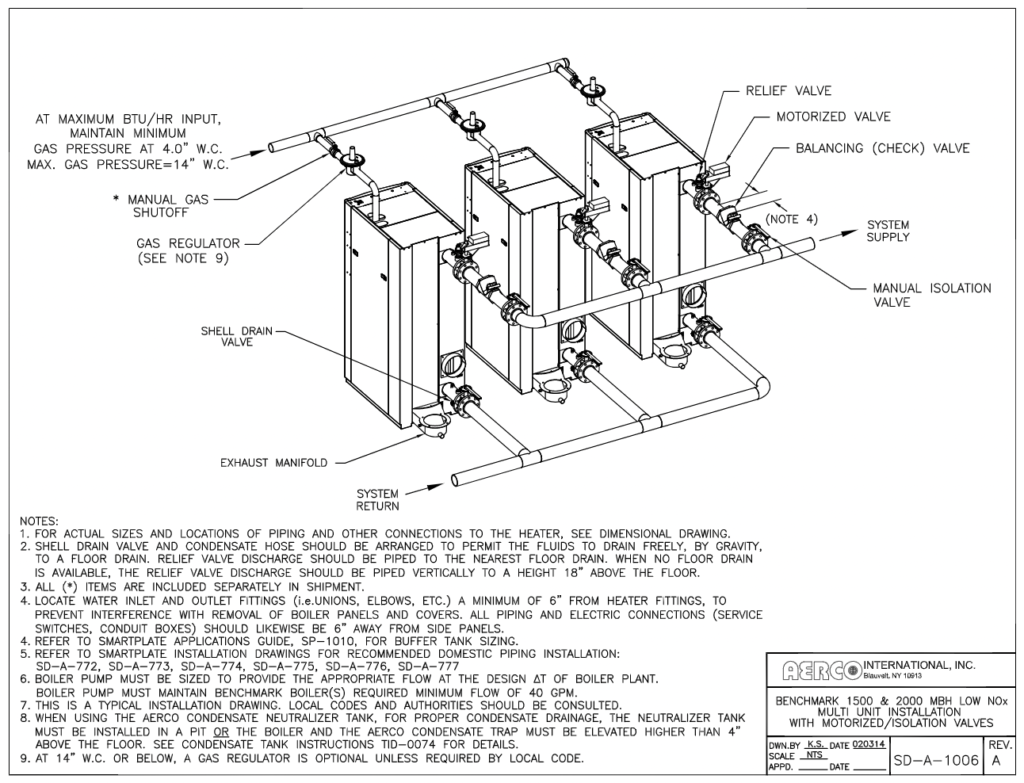 What about the systems where the minimum flow was designed into the distribution system? How do we employ the 2-way on-off boiler valves and still use the existing minimum flow design?

The engineer should consider employing the boiler manufacturer’s control. An example is the Aerco BST boiler sequencing technology available with the Aerco Benchmark and Platinum boilers. This built-in control will operate multiple boilers at lower firing levels, properly stage the boilers, and operate the 2-way control valves properly.

The engineer has many options to achieve minimum flow rates in hydronic systems. We hope this short series has helped define some of the options available.

Check out the rest of the series!