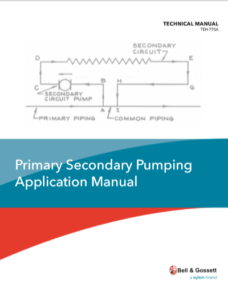 Primary-Secondary hydronic piping is a common piping scheme in today’s hydronic heating and cooling systems. This article will show you how to use this common piping technique to vary the secondary supply temperature using balance and “The Law of the Tee.” We will also show you how to solve issues of staged loads using the same techniques.

Primary Secondary Basics – “The Law of the Tee”

Primary-secondary design is often used for boilers and freeze protection loops in heating systems. It is also used for de-coupling constant flow chillers from variable speed supply systems. In the last article, we described the close piping requirement to prevent unwanted circulation. Now we look at “The Law of the Tee.”

“The Law of the Tee” sounds more profound than it is. Basically, it says the flow into the tees has to match the flow out of the tees. It also says that the BTUH in the secondary design must match the BTUH provided by the primary.

Flow into the tee must equal flow out of the tee

Similarly, we must have a heat transfer balance between the primary and secondary systems. When there is a lower supply temperature in the secondary circuit, the primary flow rate will be reduced. 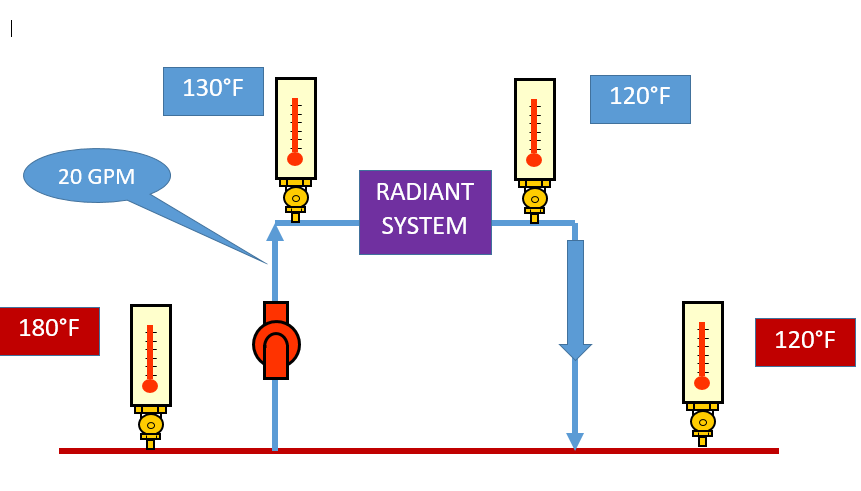 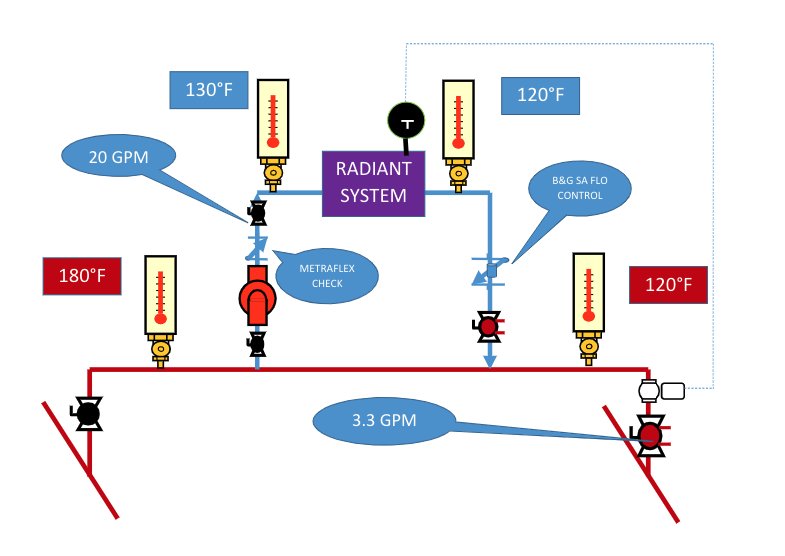 On certain systems, you may want to use an injection pumping system for control. This uses a small variable speed pump instead of a control valve. Let’s look at this system. 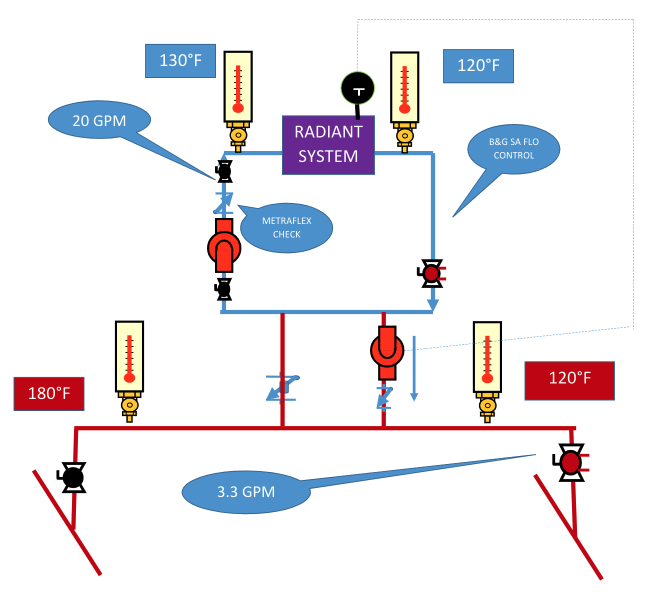 This arrangement could be called the “friend of the pump supplier” system, (smiling). The control valve is replaced by a very small pump. There are good reasons, besides getting to sell you another pump, to employ this control.

Finally, this pump is really small! The pump can be a small constant speed 9-watt inline pump like our Bell & Gossett model “NRF”. In this case, the controls would simply cycle the pump on and off for temperature control. It could also be one of the Bell & Gossett inline variable speed circulators and vary the speed to control the temperature.

Next week the R. L. Deppmann Monday Morning Minutes will look at an Air Handling Units with lower return temperatures.