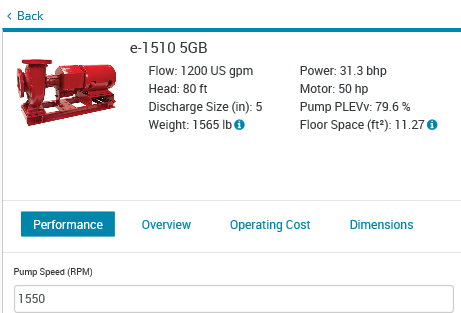 This week a Michigan engineer contacted me to discuss the conversion of an existing and oversized constant speed secondary chilled water pump to variable speed in order to save energy. He had concerns about the operation on the pump curve at the reduced speed. Like everything we do in retrofit projects, there was limited information. He knew there were two-way valves in the system, but there were also older three-way valves. The client was a health care facility and it is finally hot in Michigan. We could not shut the system down or drive the system to full bypass to check operation at various loads. What concerns should we have?

The pump was an existing B&G e-1510-5GB Base Mounted End Suction Pump with a capacity of 1200 GPM at 120 feet with a 50 HP, 1750 RPM motor. The discharge triple duty valve was severely throttled. The engineer did some calculations and determined that the actual required pump head was about 80 feet at the 1200 GPM design flow rate. 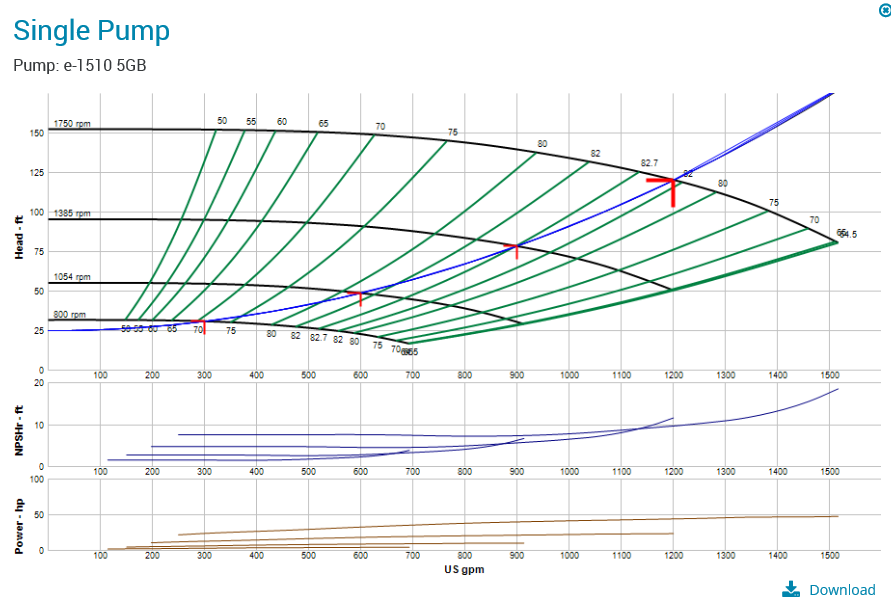 The obvious energy savings was the horsepower we would save by dropping the pump head to around 80 feet and opening the triple-duty valve. We ran the selection in variable speed mode and determined the curve would look like the one shown here.

Without trimming the impeller, the design condition of 1200 GPM at 80 feet of head would require we drop the maximum speed of the variable speed drive to 1550 RPM. Clearly, we will save a lot of energy by doing this. What is the downside?

Concerns When Changing from Constant Speed to Variable Speed

There were several concerns we discussed about this project. Let’s take them in order.

This last point is also the starting point for the next R. L. Deppmann Monday Morning Minutes.