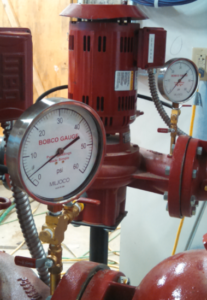 We recently had an inquiry from an engineer who was concerned about pump operation compared with the submitted pump curve. It appeared from the balance report that the operation point was below the pump curve. When I looked at the report and the pump curve, I immediately started thinking about velocity head corrections. If you are a balance contractor or an engineer reviewing a balance report, you should understand when to be concerned about velocity head corrections and its effect on pump readout.

The Effect of Velocity Passing an Orifice

When fluid in a pipe passes the port of a gauge connection, there is a venturi effect on the opening. Without attempting to go too far into the theory, I can give you a quick example many of you are familiar with. Look at the video above. The lawn fertilizer attachment on the hose is used to draw fertilizer out of the bottle and mix it with the water flowing through the hose.

The fertilizer is pulled up due to a vacuum caused by the velocity of the fluid passing the hole. This same science will cause an issue when reading out gauges in a hydronic system.

The venturi effect described above causes a pull on the bourdon tube of the gauge. This pulls the needle lower than the actual pressure. The formula for the correction is:

Where “V” is the velocity in Feet per second (fps) and “g” is the gravitational force constant of 32.2 fps2

Gil Carlson, the author of much of the original Bell & Gossett Engineering Design Manual publications, used to say, “A difference to be a difference has to make a difference.” This holds true for pump readout velocity head corrections. The corrections are small, so they only make a difference with smaller pump heads or very high velocities. Let’s look at two examples: 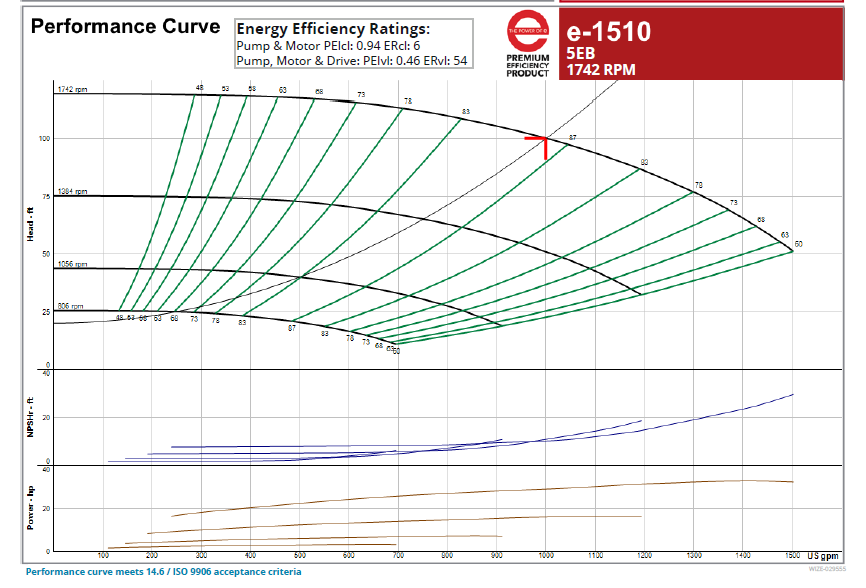 This pump has a 5” discharge and a 6” suction. The velocity head correction will be applied to both gauge readouts so it will not matter what the readout is. It will only matter what the velocity is.  In other words, let’s assume the discharge reading is 60 PSIG and the suction reading is 16.3 PSIG. The difference of 60 PSIG minus the 16.7 PSIG is 43.3 PSIG X 2.31 = 100 feet.

Let’s look at the correction. The Bell & Gossett electronic system syzer is a great tool for this. Here is a screenshot from the mobile version for both the 5” and 6” sizes. 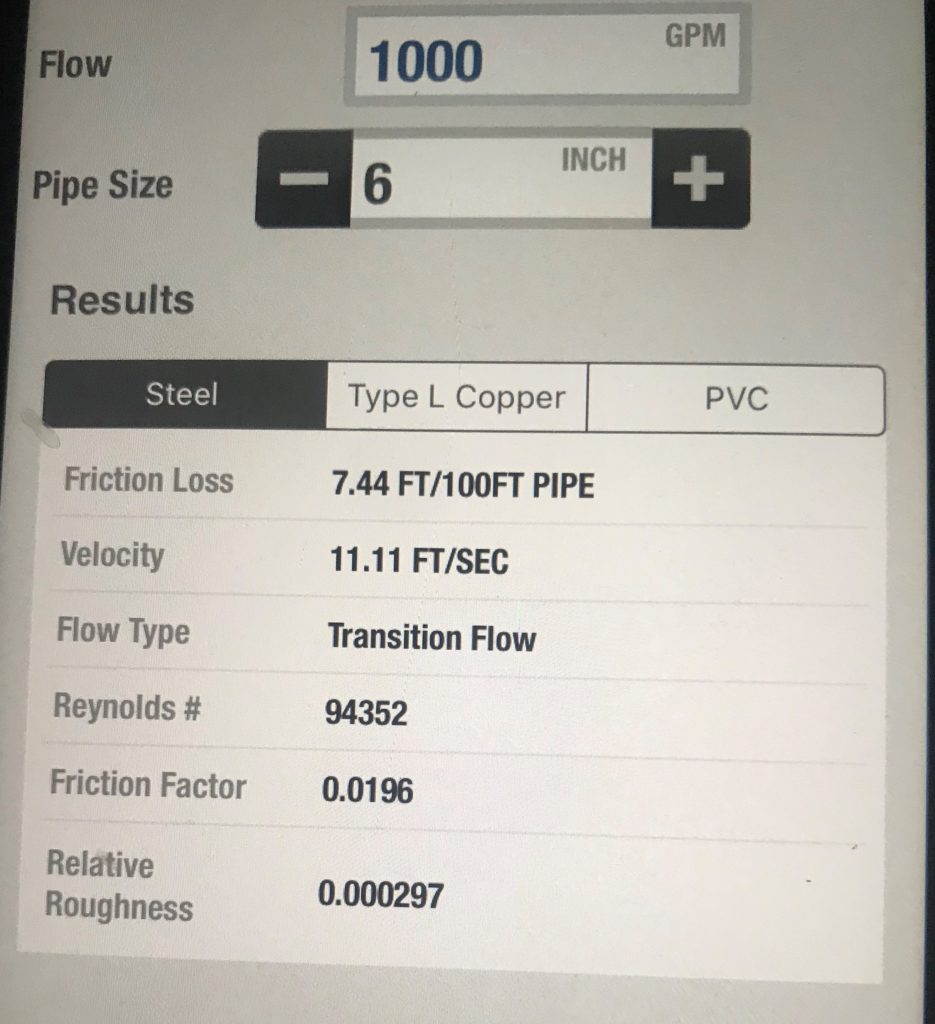 I started the article with a troubled phone call, and this is the pumping scenario that caused the issue. I changed the pump to protect the innocent. 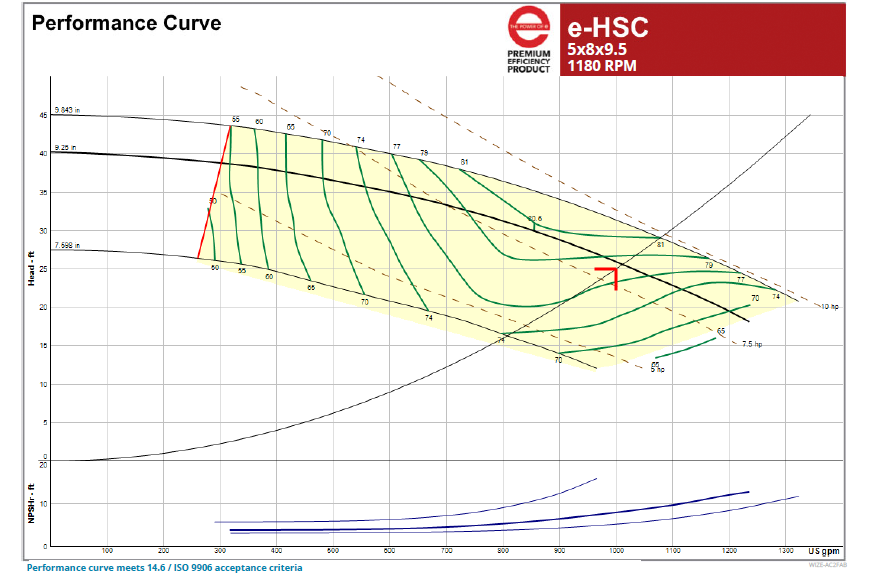 What happened on this job was the balance report said the chiller and the flow meter we sold, a Badger M2000 magnetic flow meter both indicated 900 GPM but the pump readout indicated we were at design. What was missing was the velocity head correction.