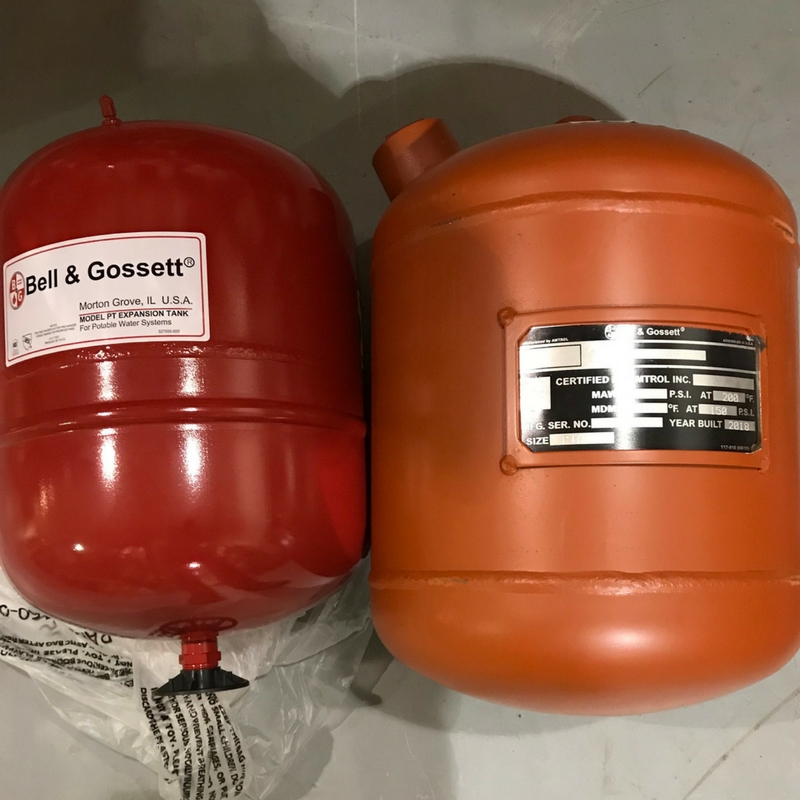 Why are Thermal Expansion Tanks Required?

Why do systems require a tank today? Years ago, plumbing systems did not have a tank. In fact, the term “thermal expansion tank” did not even exist. When a domestic hot water system is heated from a cold start it is completely filled with water. If there is no water being used when it is heated, the pressure will start to increase. Decades ago this was not a problem since the pressure would dissipate into the cold city water supply lines. Today we often use reduced pressure zone type backflow preventers on the cold water supply. These act as check valves. The net result, when there is no demand, is that the system acts like a closed hydronic system which needs an expansion tank. If there is no tank, the relief valve might open due to over-pressurization.

Tanks are often selected using software programs such as the Bell and Gossett ESP-Systemwize selection program. Let’s look at the program.

It is always valuable to understand what is going on behind the program, so let’s start with the formula used for pre-charged tanks and some basic terms. 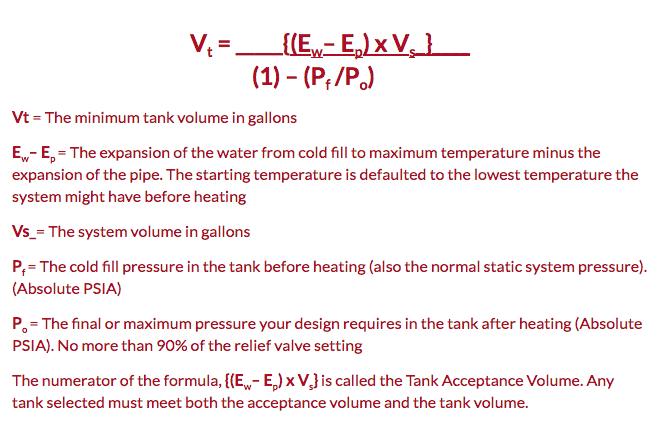 In the next R. L. Deppmann Monday Morning Minute we will look at applying safety factors in thermal expansion tank sizing as well as troubleshooting issues.